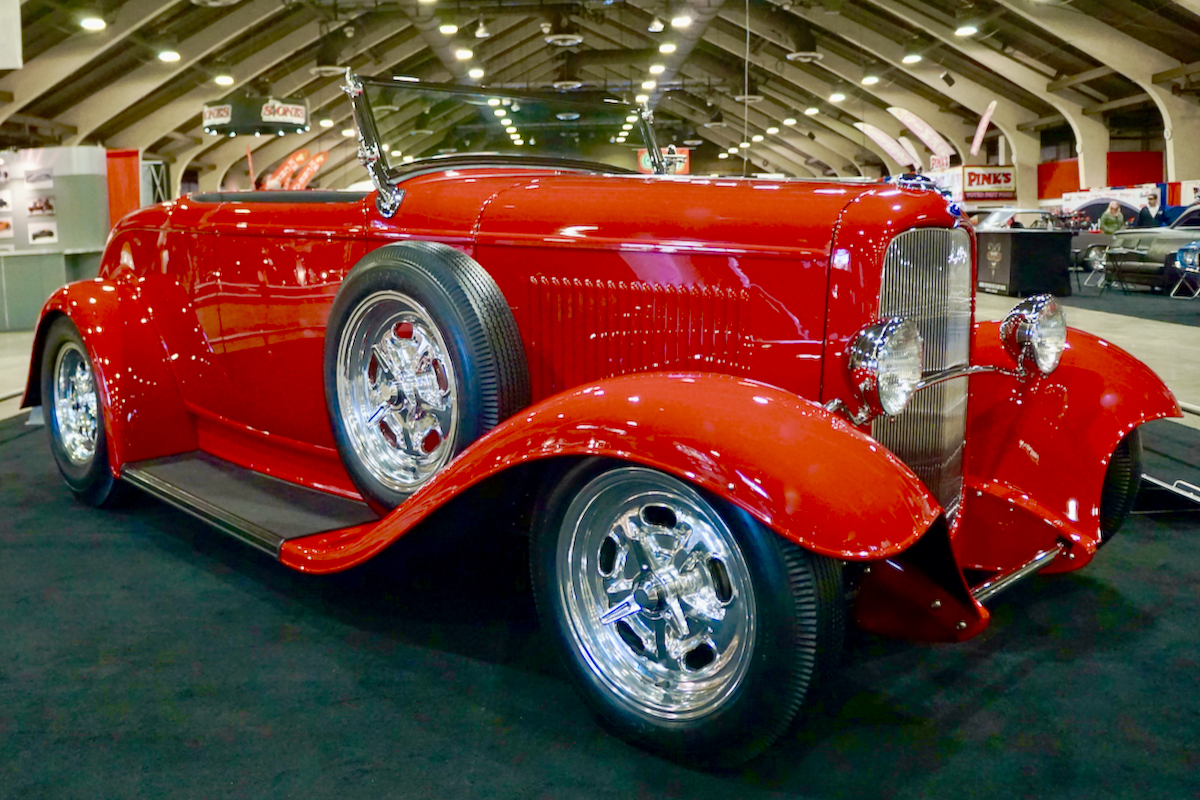 There are few things we all seem to agree on these days, friends we’re here to tell you just stick to Hot Rods, they’ll never disappoint. This next ride purely demonstrates the universality of Hot Rodding and it’s power to bring cultures together. Friends, check out K’s Roadster, a stunning ’32 Ford we caught up with at the Grand National Roadster Show. But this isn’t your average Hot Rod, this beauty was built over 6,000 miles from where the first ’32’s rolled off old Henry’s assembly line.

It all began in 1991 when Ken Katashio of Ebnina, Japan procured a Deuce Factory frame rail. It was his personal holy grail and the foundation for his lifelong dream ride. Thereafter, he was able to source a Rods Bods body, authentic deuce fenders and majority of the innumerable parts he would need to bring his dream to life.  Ken then went to work, as with most projects though, time, money and life intervened and the ’32 took project took a backseat to life’s various circumstances.

Sadly, Katashio passed away before his Deuce was completed. Ken had an incredible group of friends, tried and true hot rodders. They took up his cause and wanted to see their friend’s dream become a reality. They made the incredibly wise decision to bring everything he had to Ando-san, aka Andy of Andy’s Rod Works. Andy has singlehandedly created some of Japan’s best Hot Rods and Customs with his expert fabrication and painting skills. Andy’s Rod Works, at a glance, could be a shop in “Any Town”, USA but it just happens to be half way around the world! Pure skill, dedication and devotion not only to friendship but to the love of American Hot Rodding brought this stunning ’32 Ford to life.

This full fendered roadster won the Best of Show at the 2019 Yokohama Hot Rod Custom Show. Not too shabby for the debut showing. Soon thereafter it was vying for the America’s Most Beautiful Roadster Award at Pomona. It didn’t drive away with the top prize but it captured the heart of all the Hot Rodders there. The story of Ken Katashio, his love of Hot Rods, his group of friends that brought his dream to life was just incredible. Not to mention, the Herculean task it had to have been to get this Deuce to America’s show os shows. Beyond impressive.

A small block Chevy 383 sits between the rails. A Richmond 5 speed wrangles those 425 ponies and a Halibrand quick-change reared augments the drivetrain. 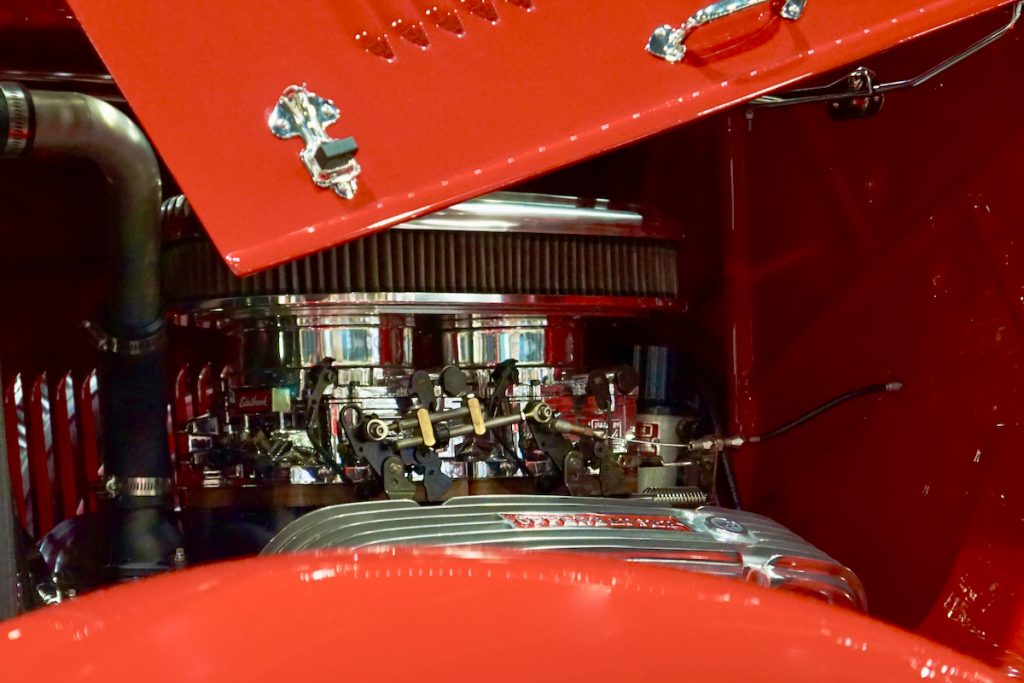 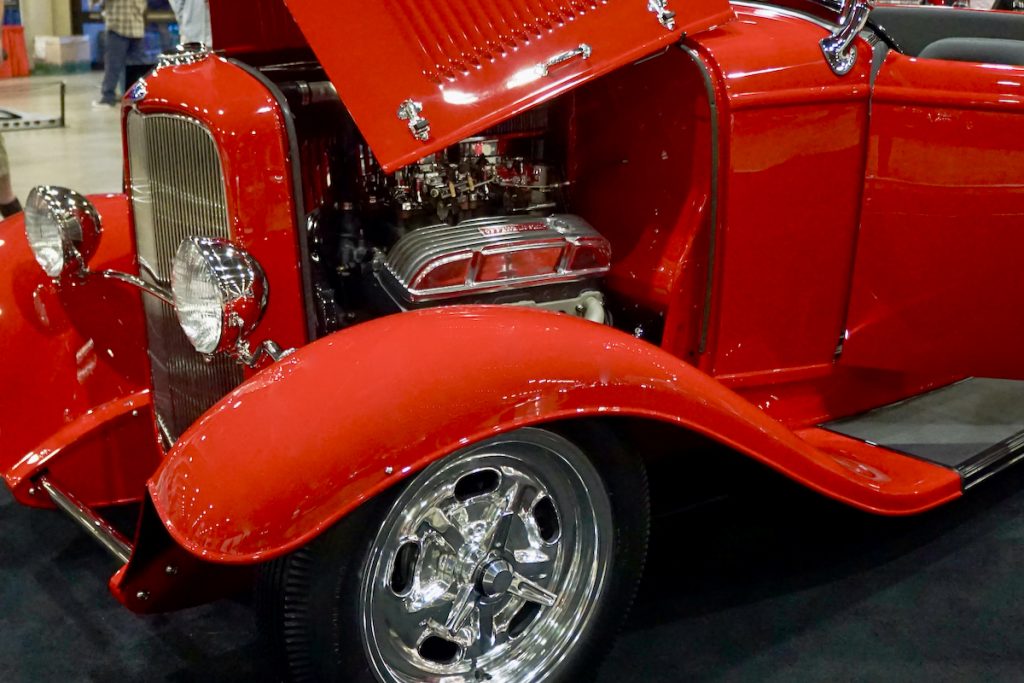 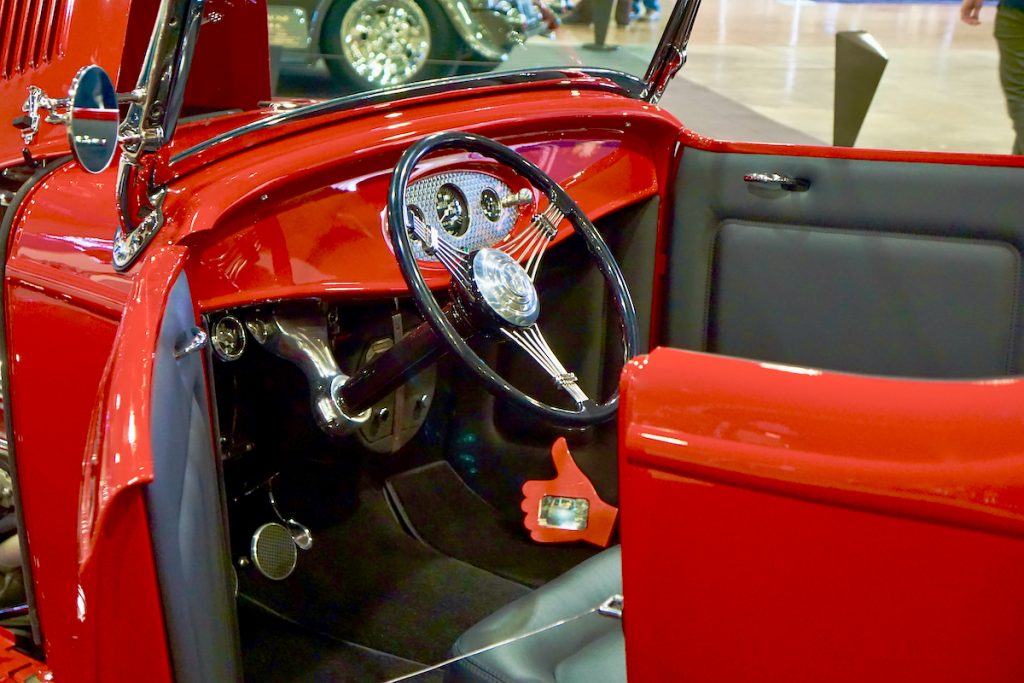 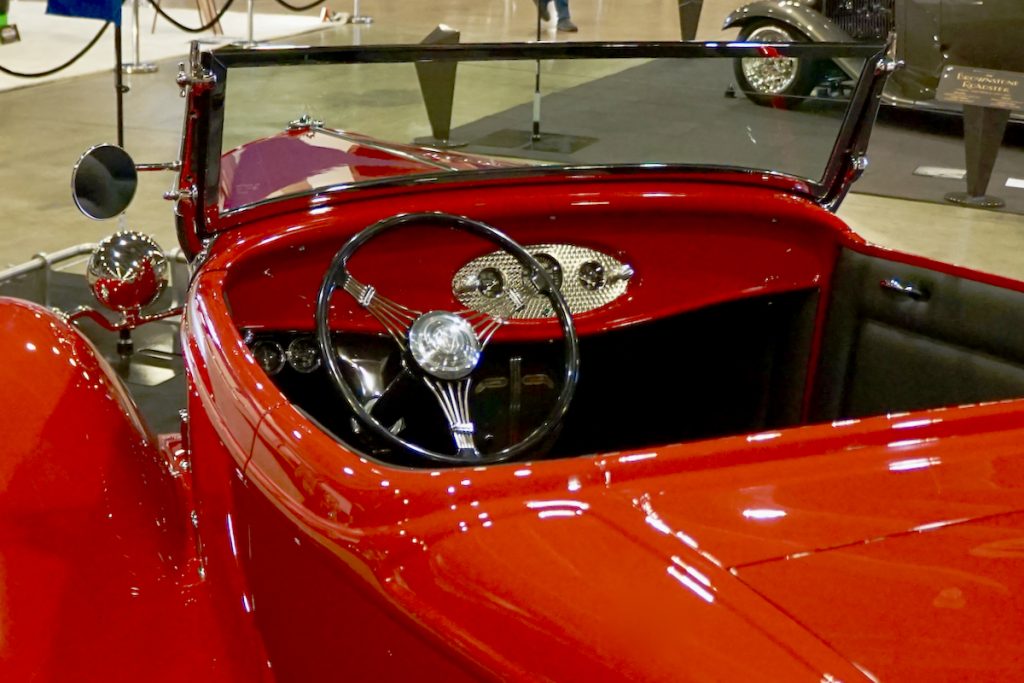 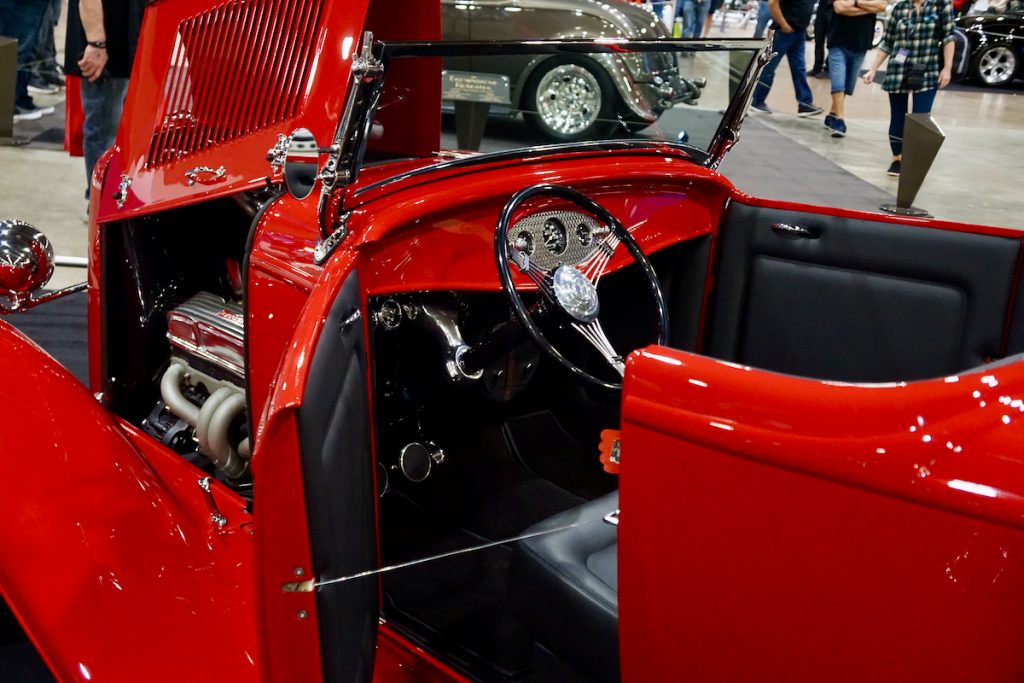 Speaking of that red, it becomes radiant with a capital R when it’s “Boyd Red”. Andy expertly sprayed Mr Coddington’s finest at his shop. He was also the metal magician responsible for the razor sharp bodywork and final assembly. 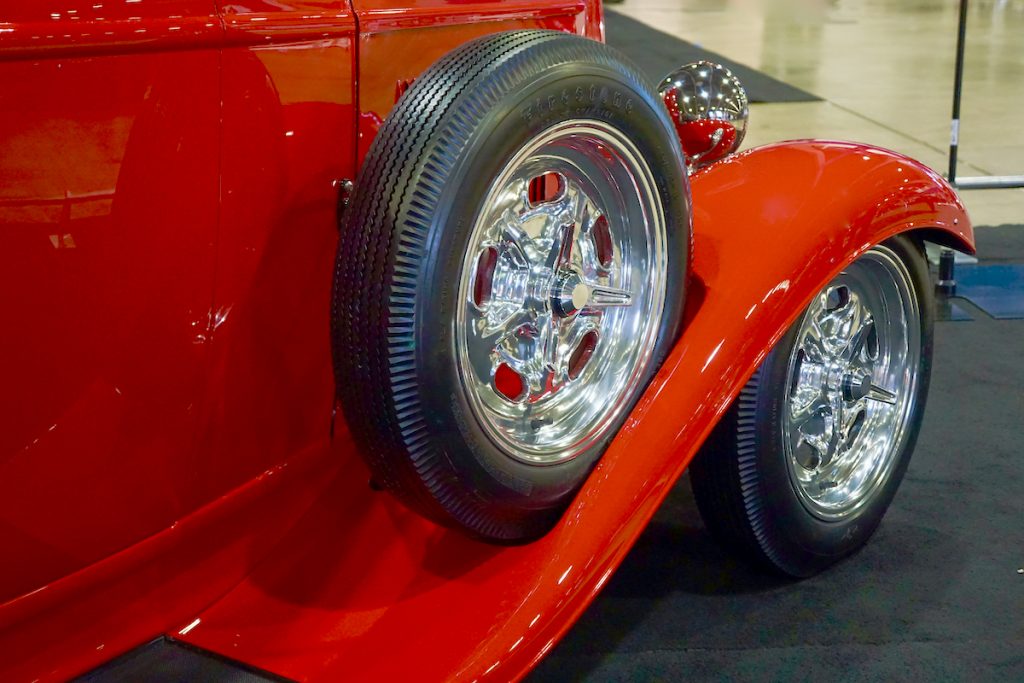 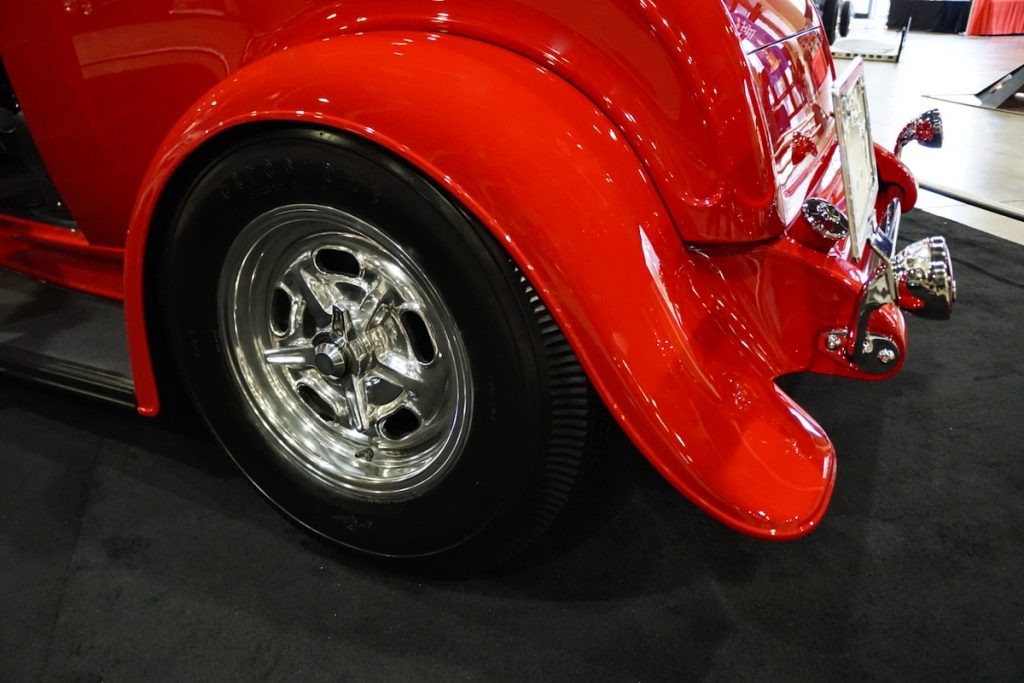 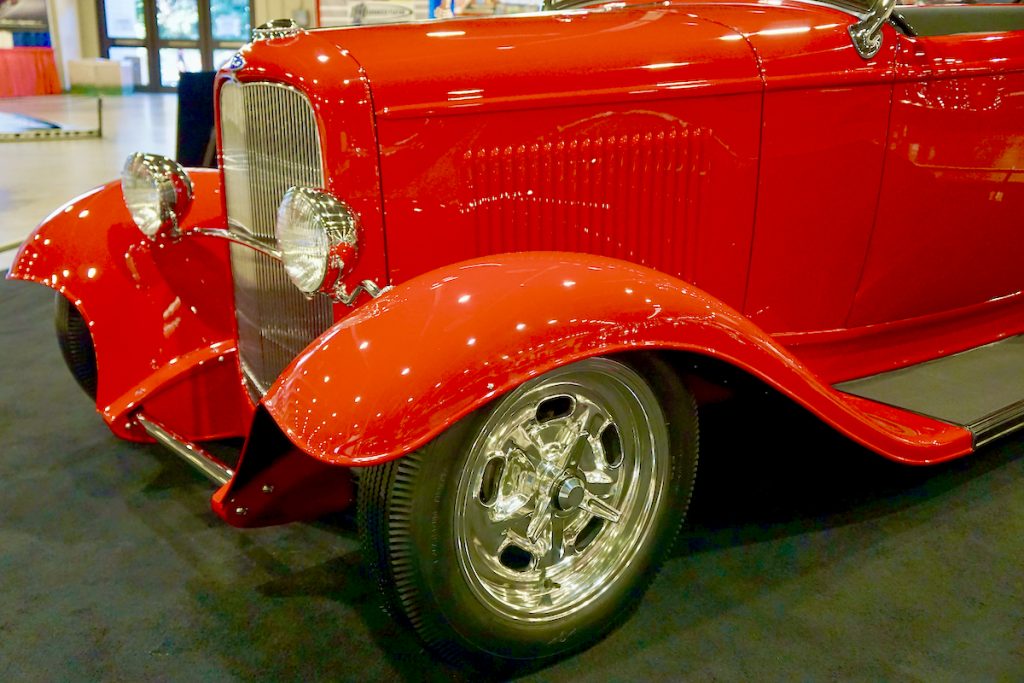 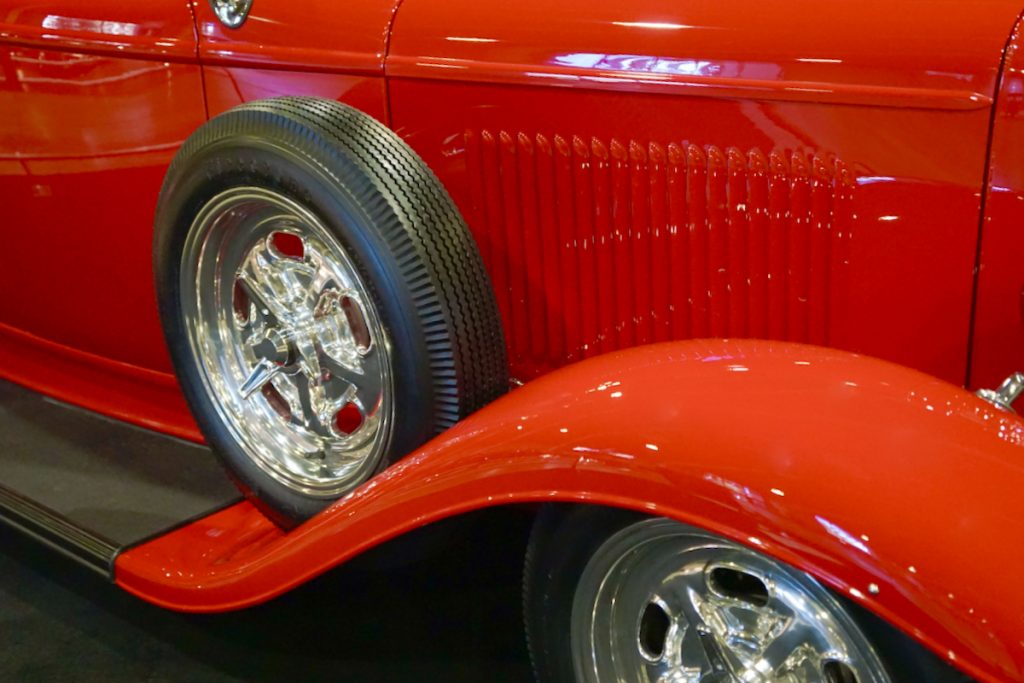 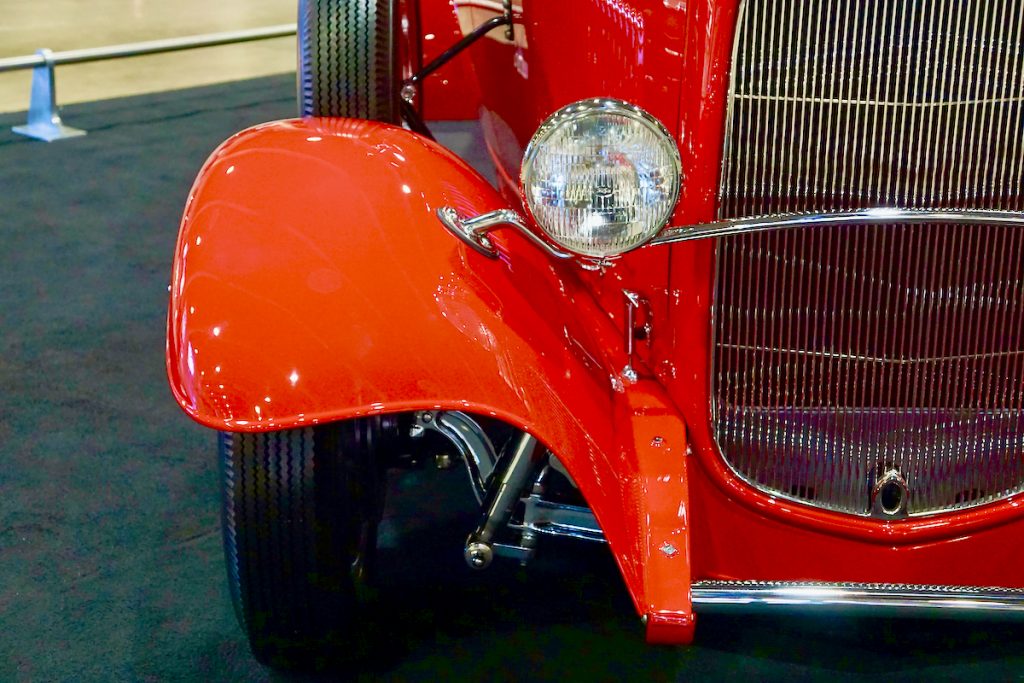 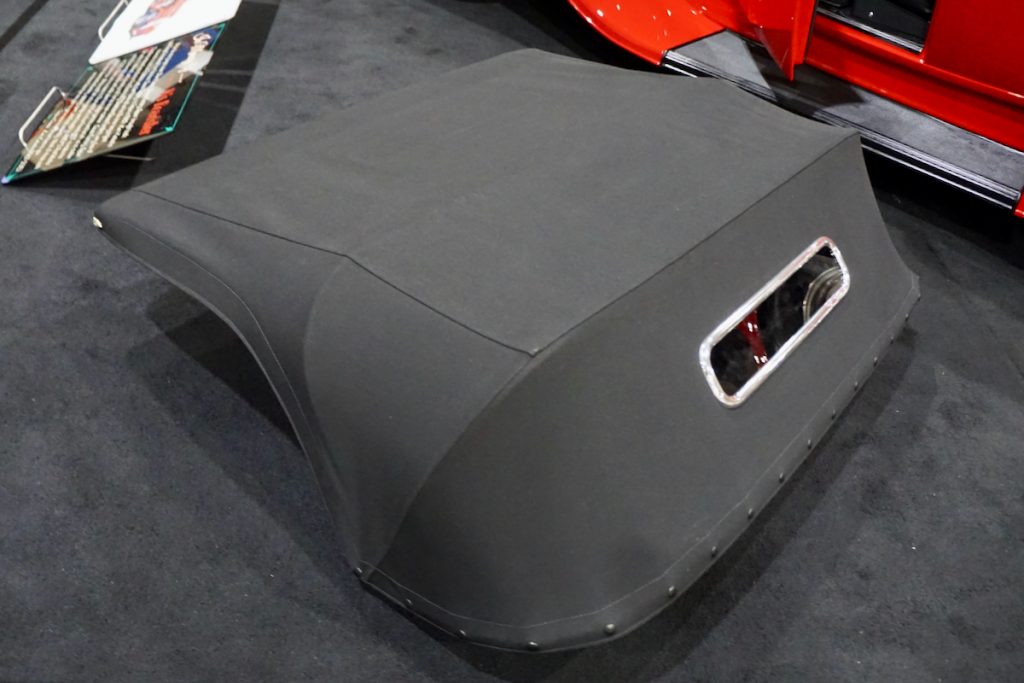 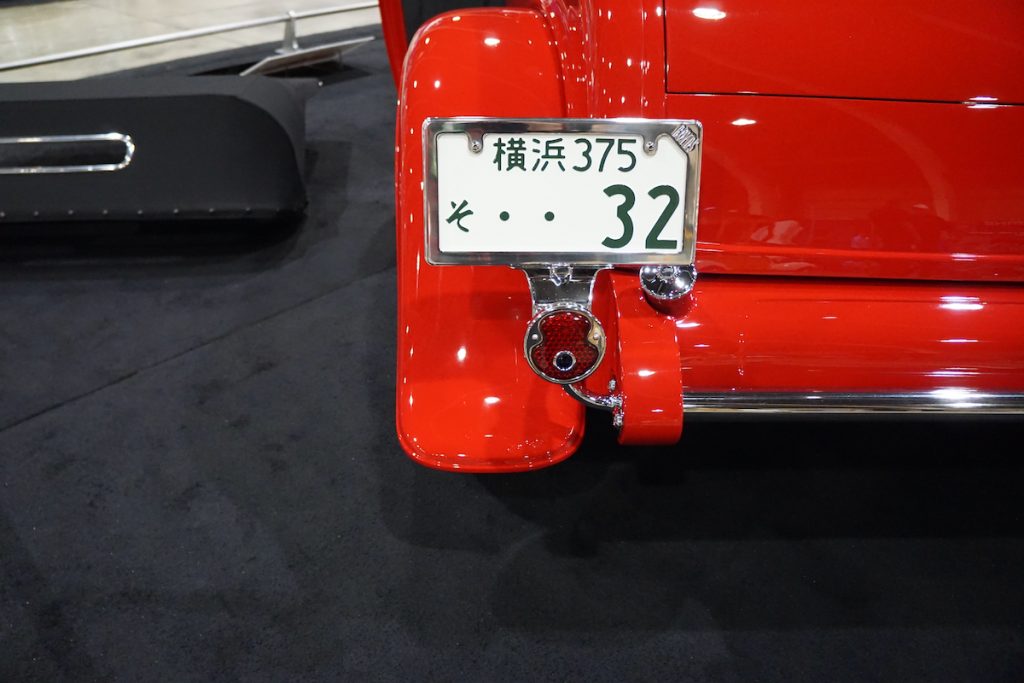 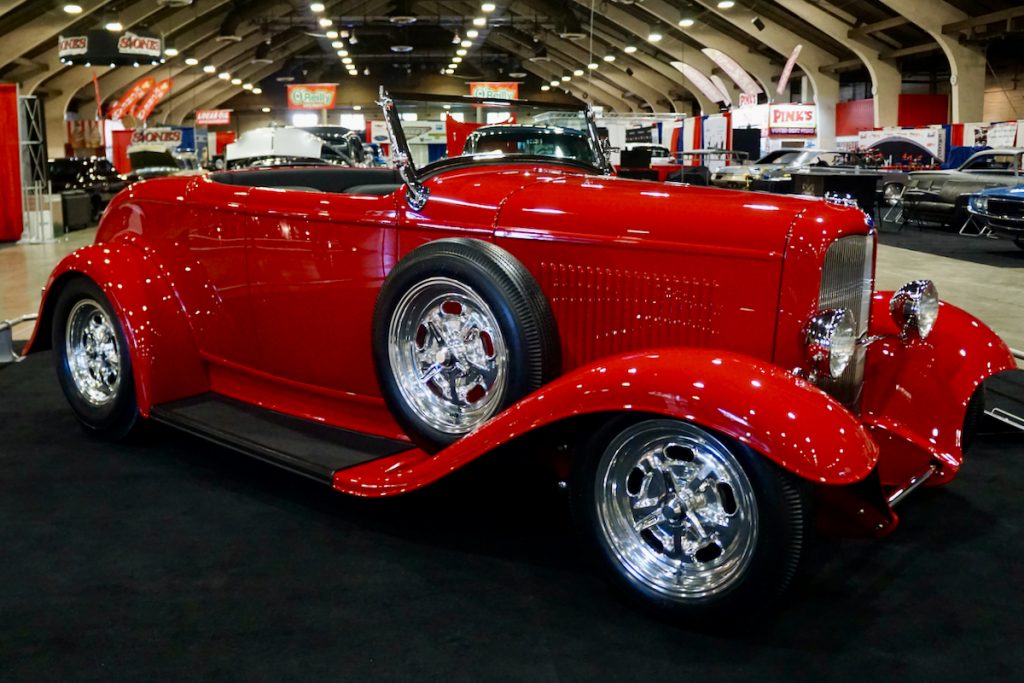 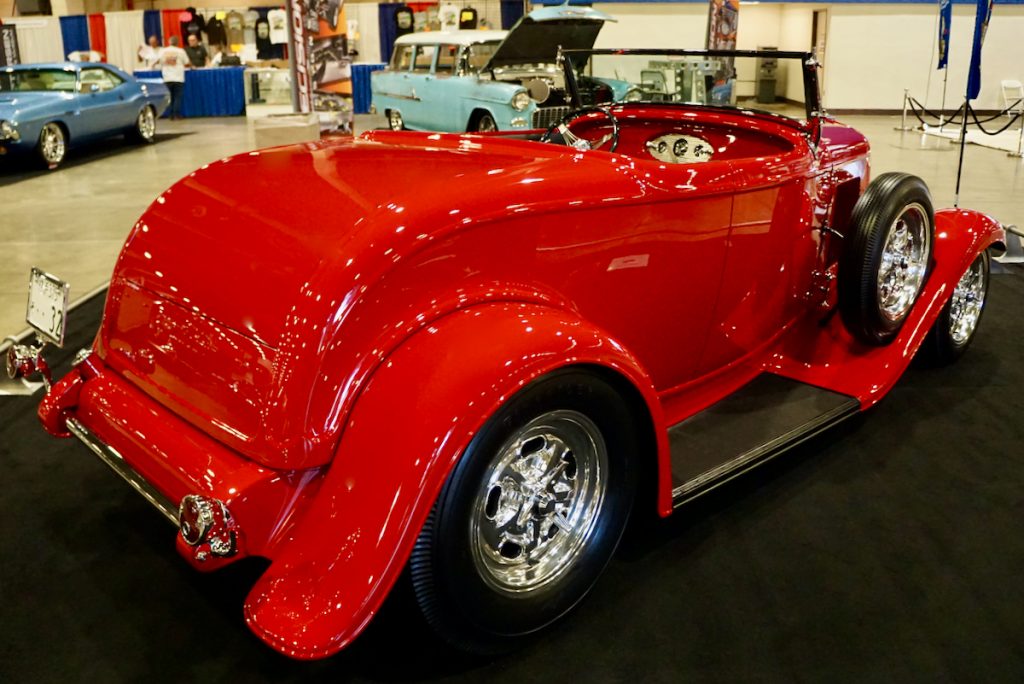 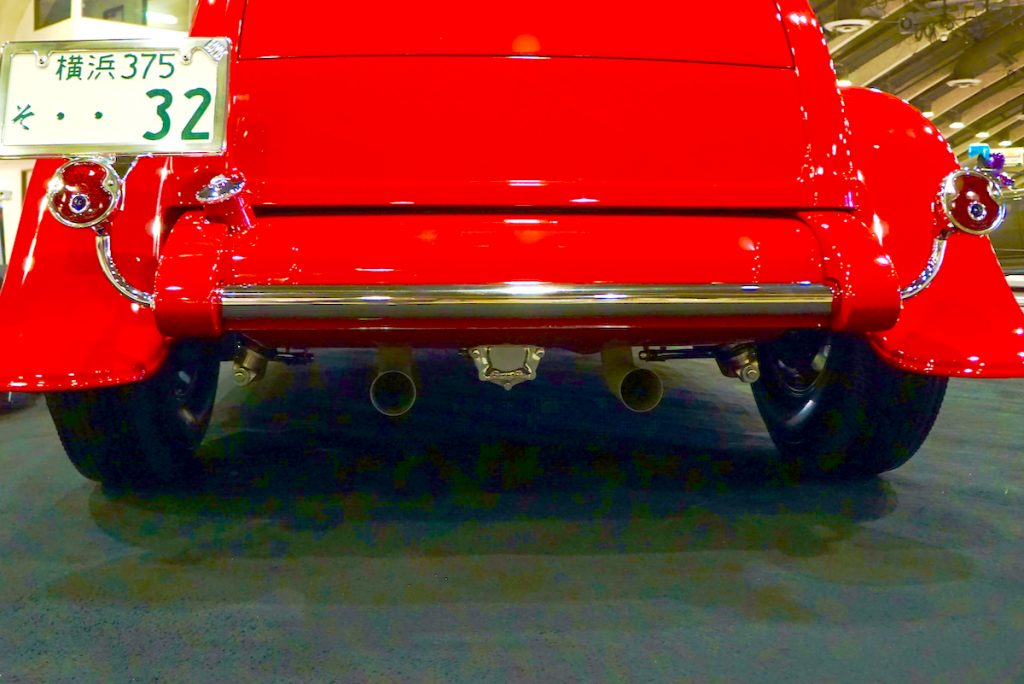 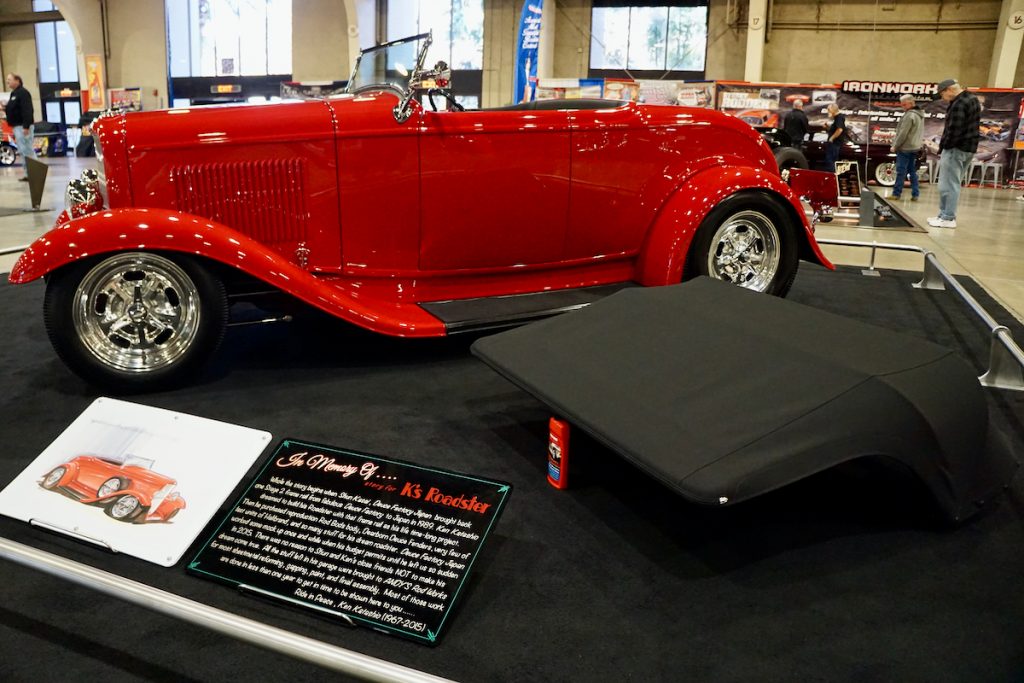 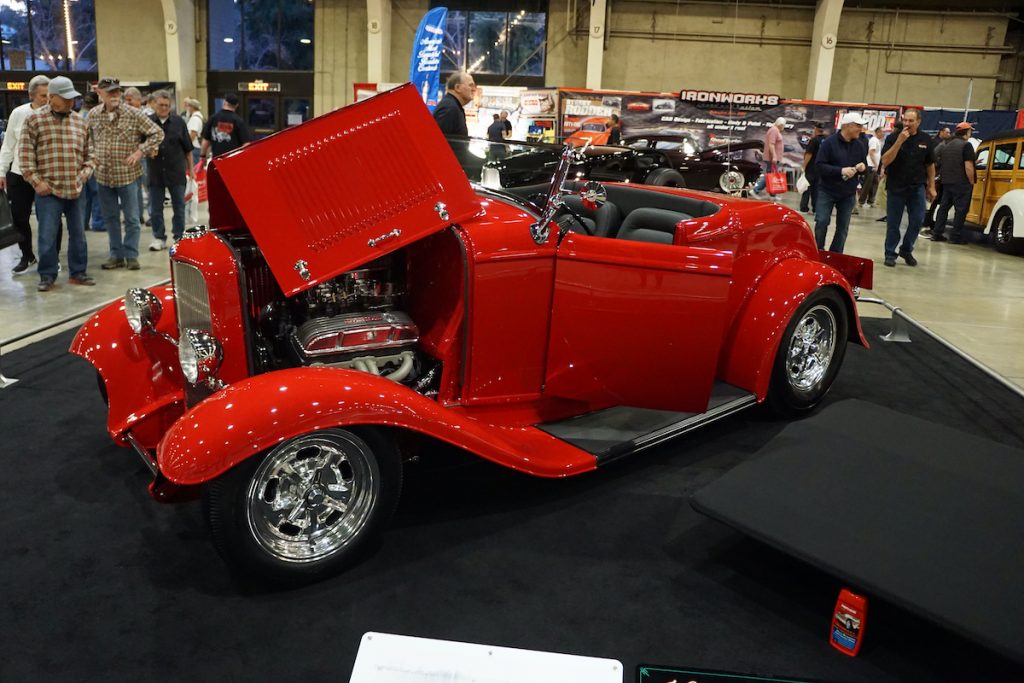 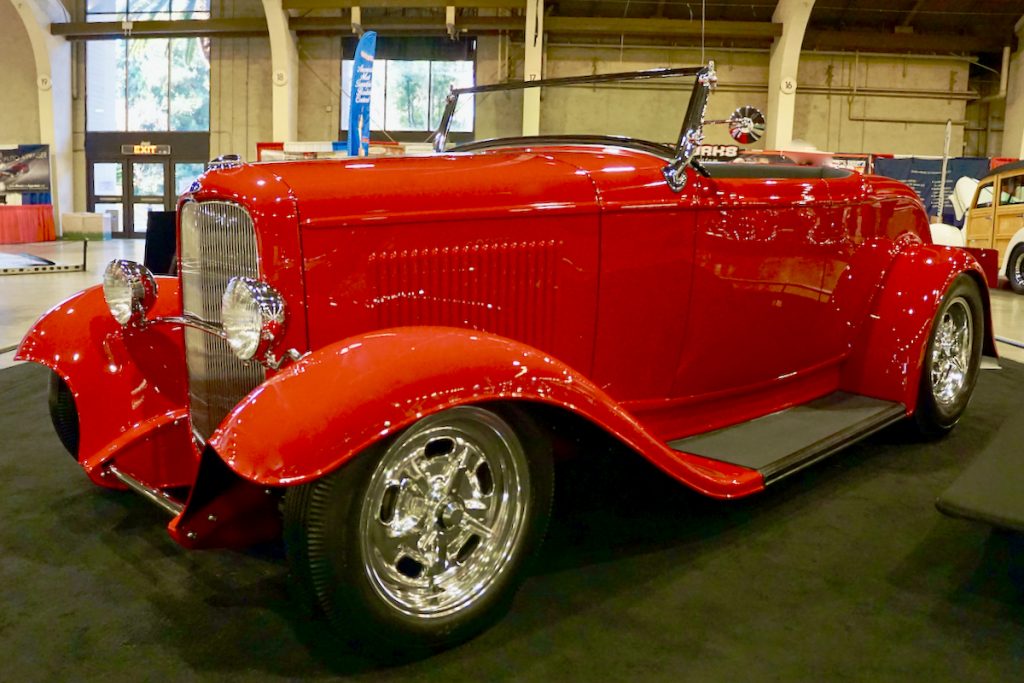 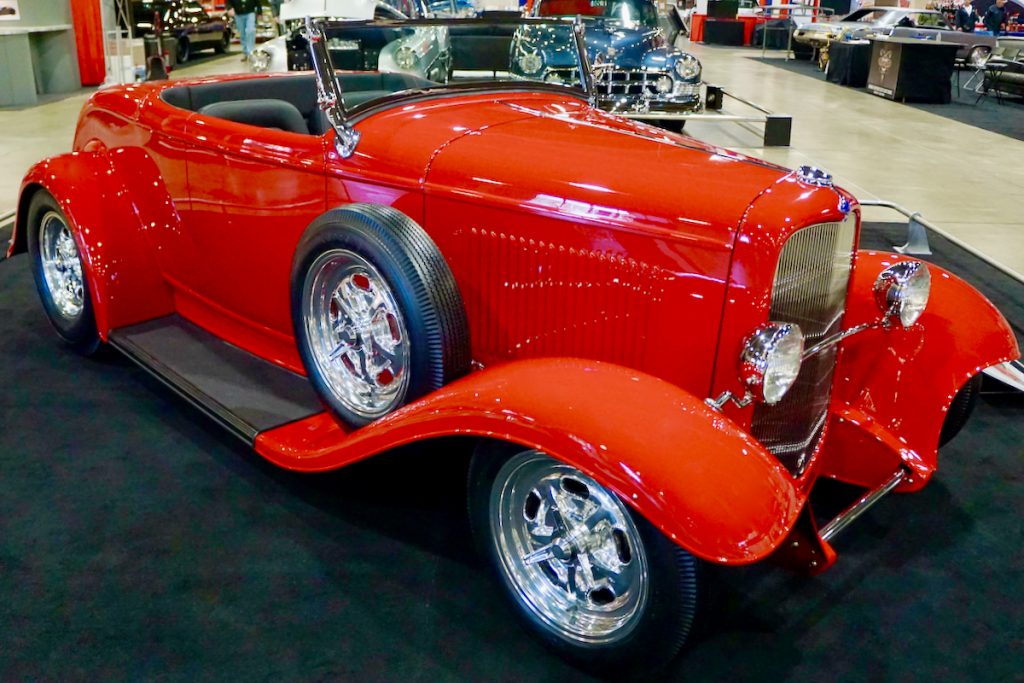 Turn to the Hot Rod folks, life is good with the likes of K’s Roadster in it.

Your time is precious, spend it well. Try the Pony Girl Show Stopper Gallery you won’t be sorry!

Social Media is where it’s at ya’all. Now spend some time on a couple of quality pages, check out our FaceBook and Instagram , we’ve got the goods!