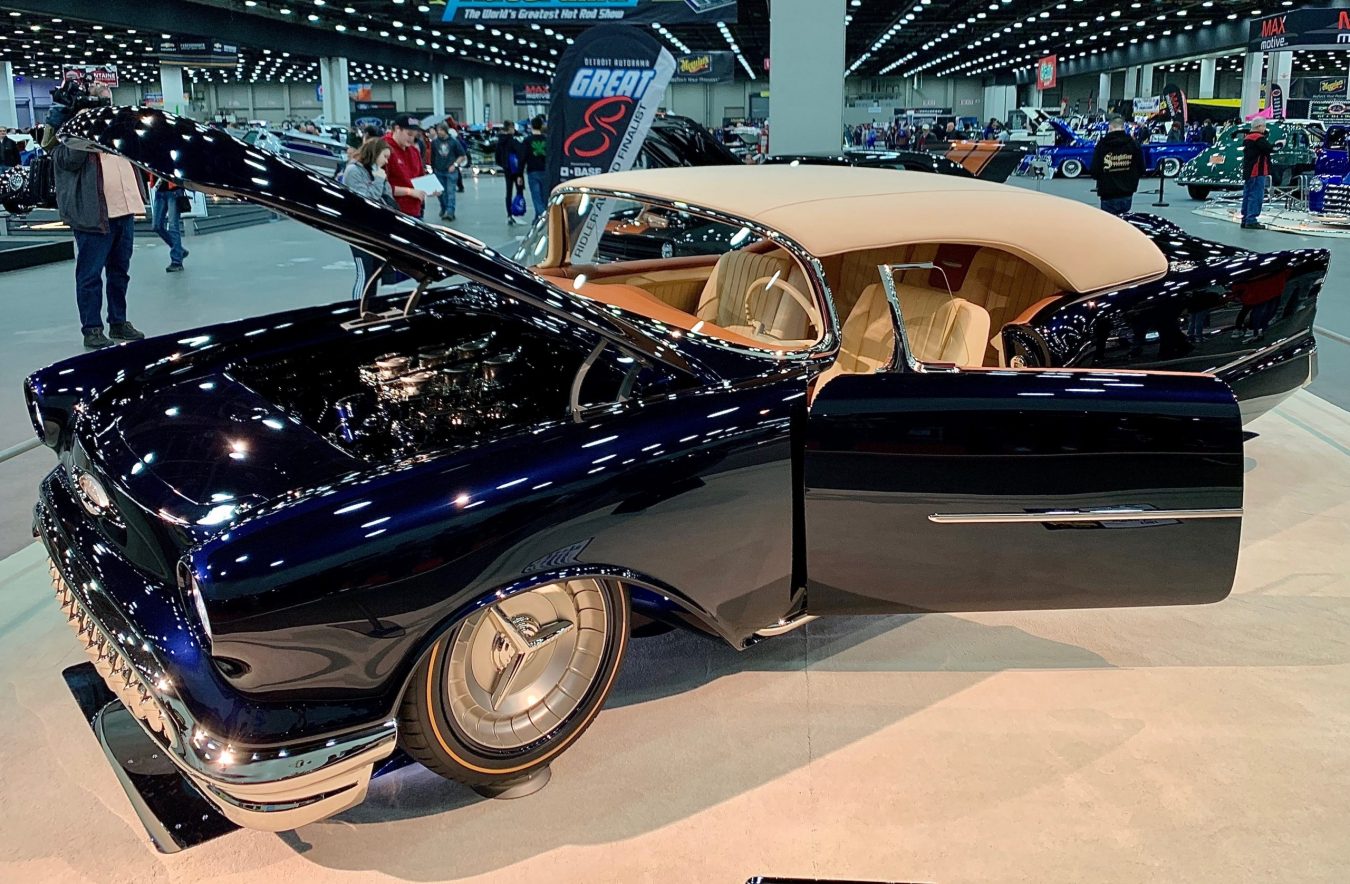 Some heavy lead was in the running for the Ridler Award this year. Two Old School Cool Lead Sleds were among the Great 8 Finalists and these two crackerjack Customs nearly stole the show. Shaved, Frenched and chopped with their long lean lines drenched in hot hues, theses Lead Sleds deserved their spots in the Great 8.

Nearly a decade in the making, this Olds was a Ridler build from the get go. Cast your peepers at the Pro Design Hot Rods built 1956 Olds 98 “OLDSSLED”. The vision for the build was a Custom with a 50’s flavor. Pro Design went to great lengths to accomplish this goal. They hand fabricated the hood and front panels, custom 3D printed head and tail lights, and frenched into the backend is a continental kit . The 354 Hemi will undoubtedly purr through the custom built lake pipes, and the hand built suspension under the original X frame gives OLDSSLED an impressive stance. 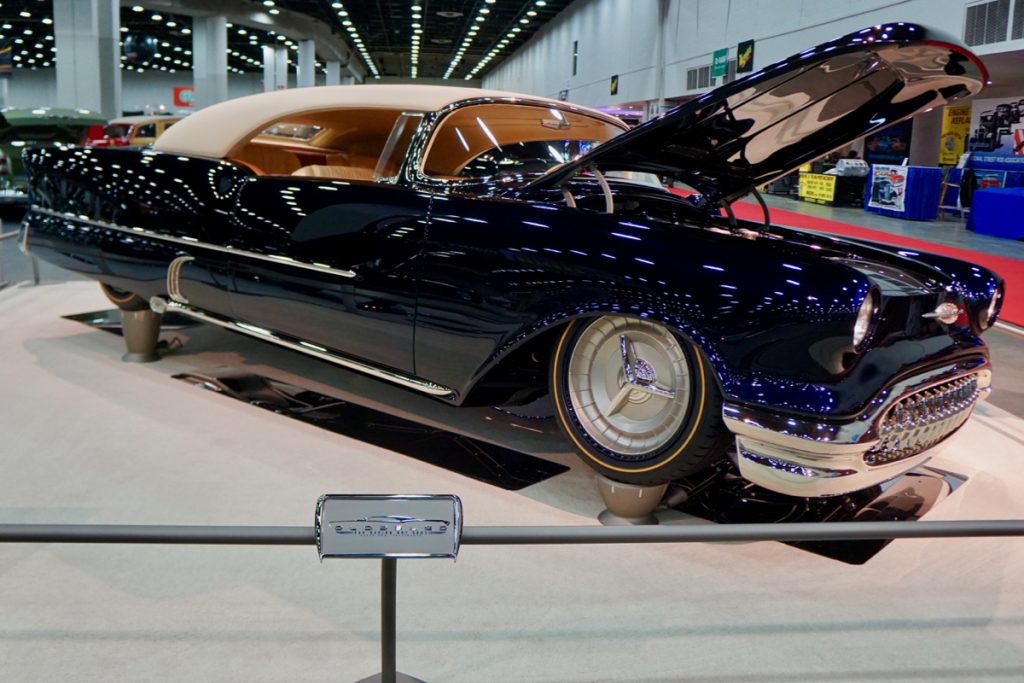 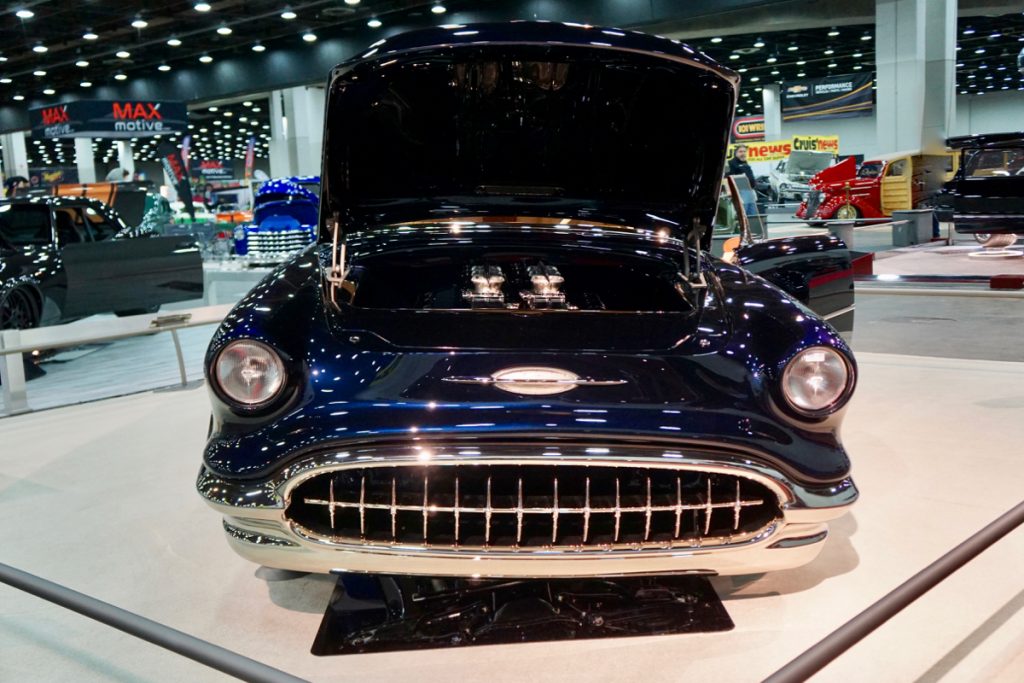 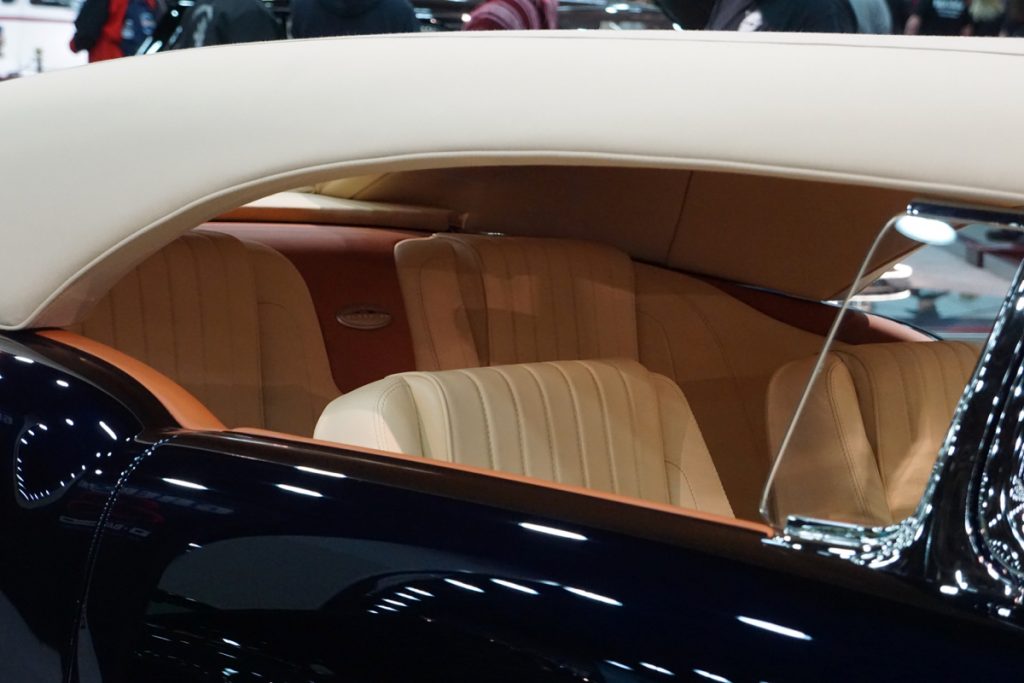 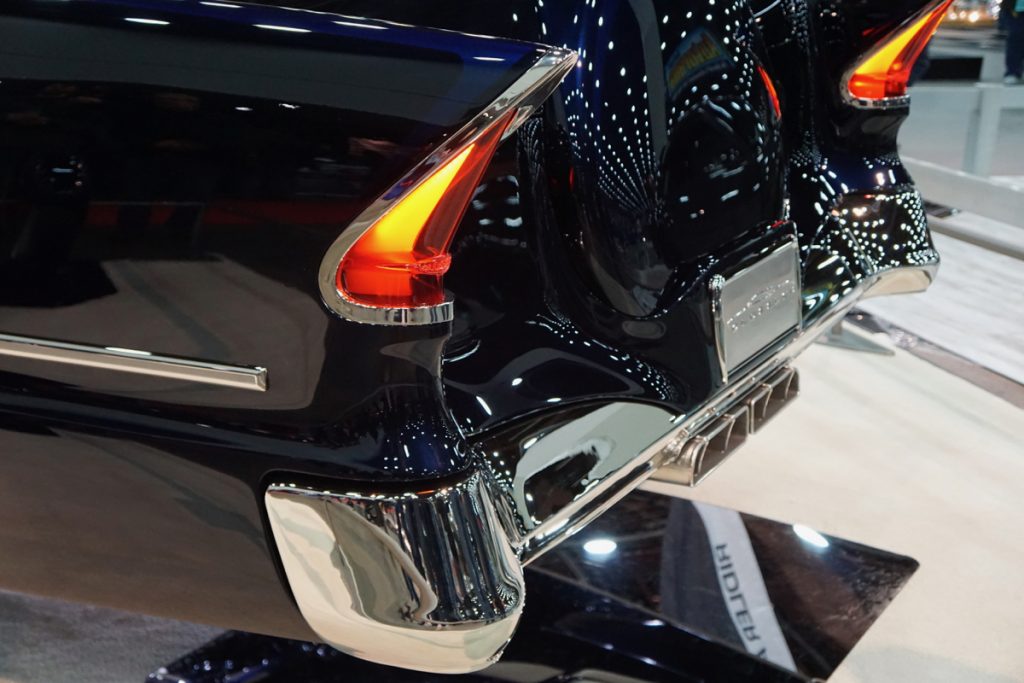 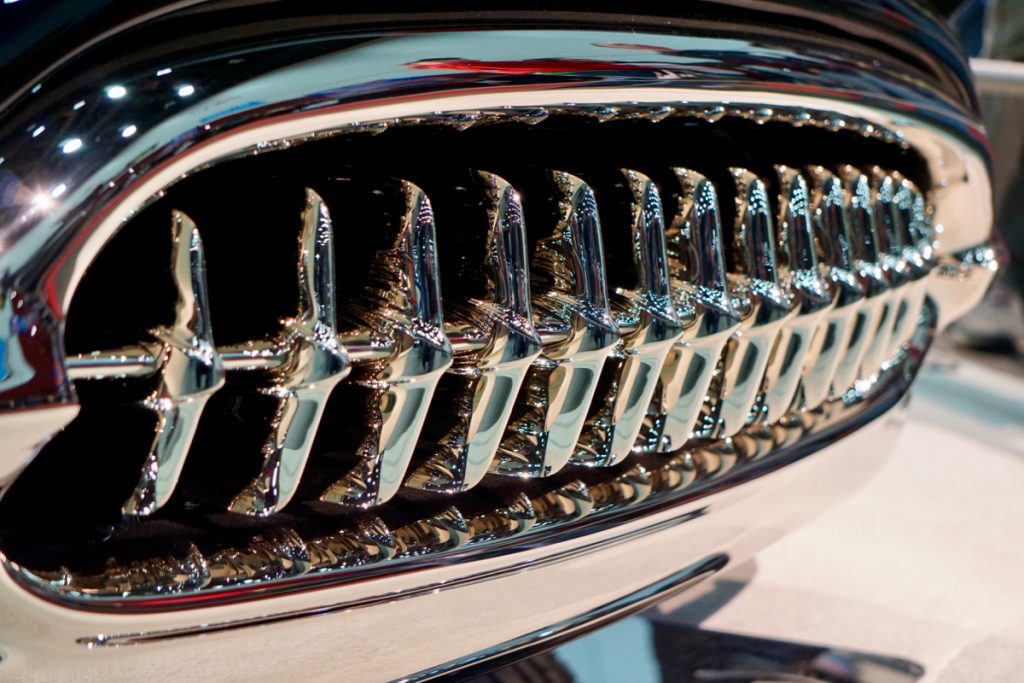 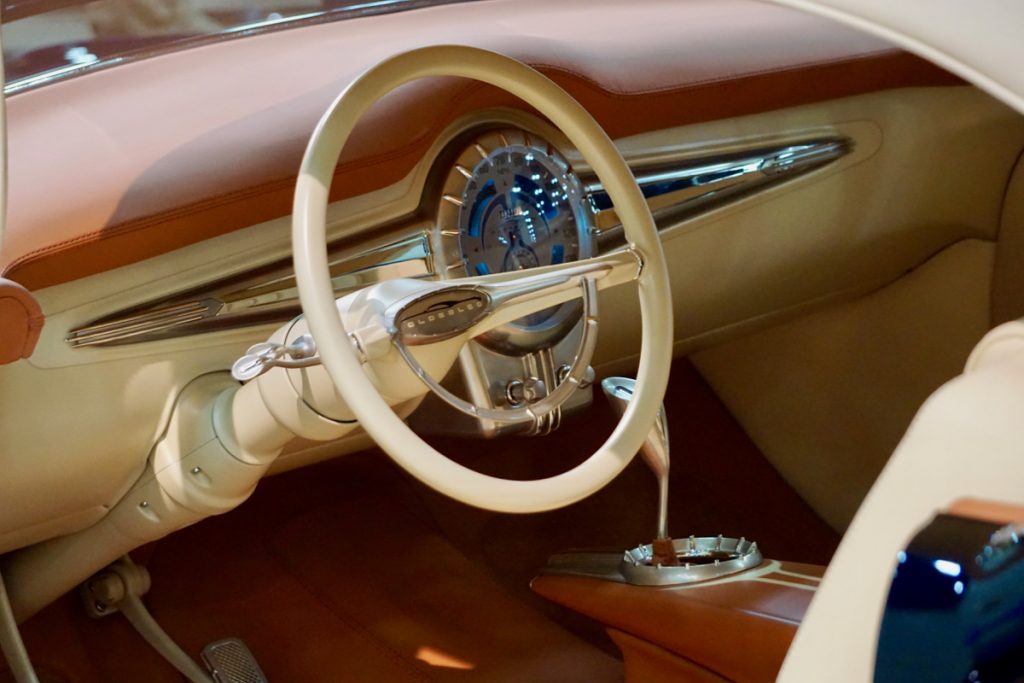 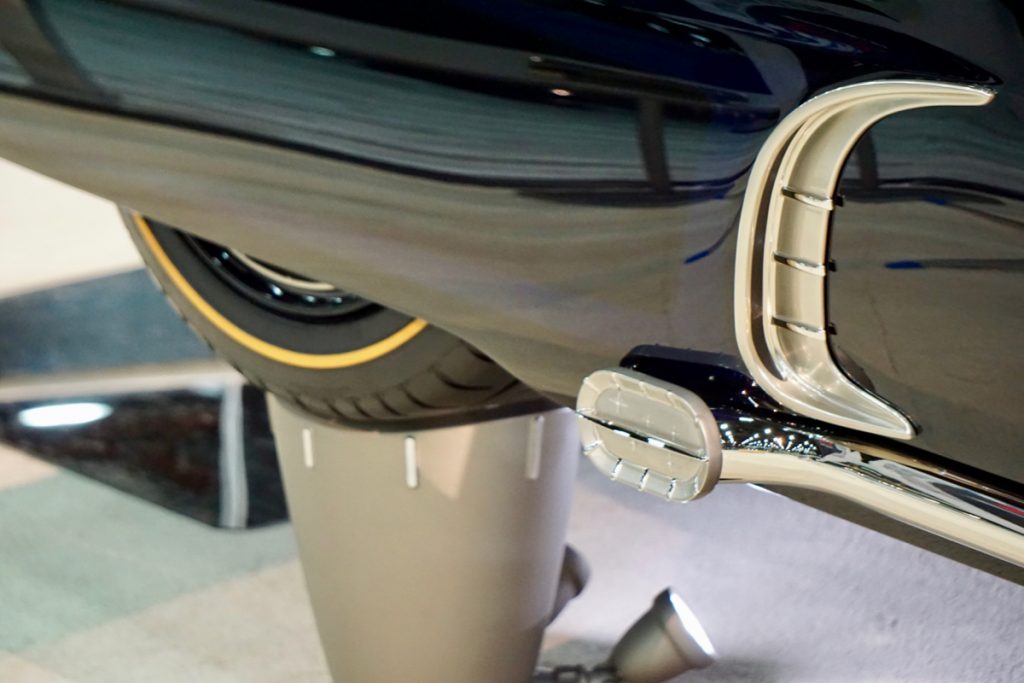 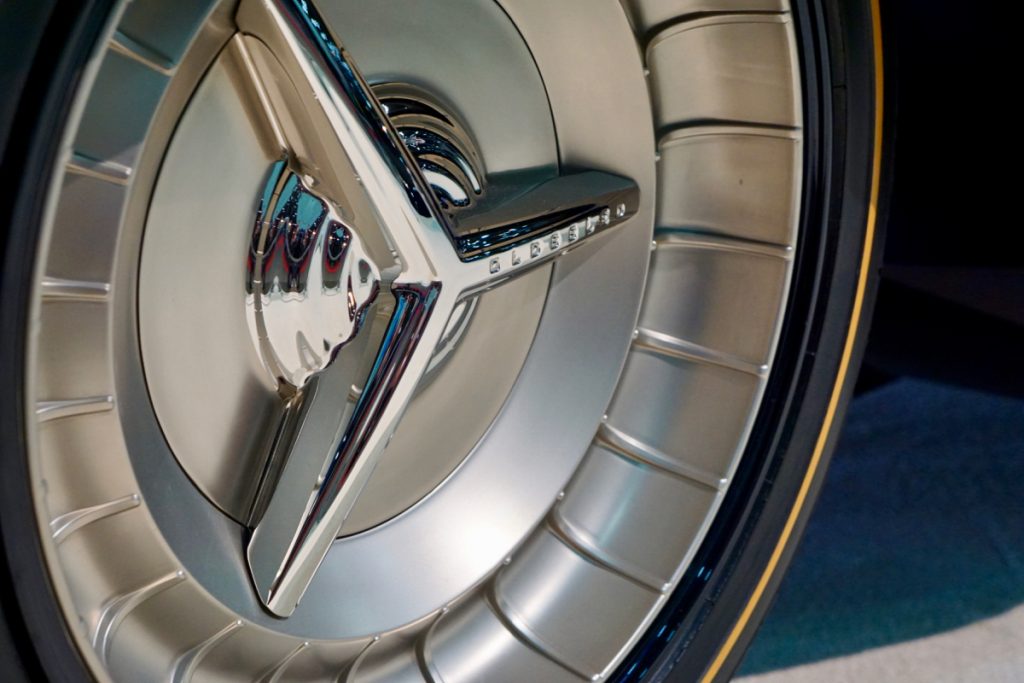 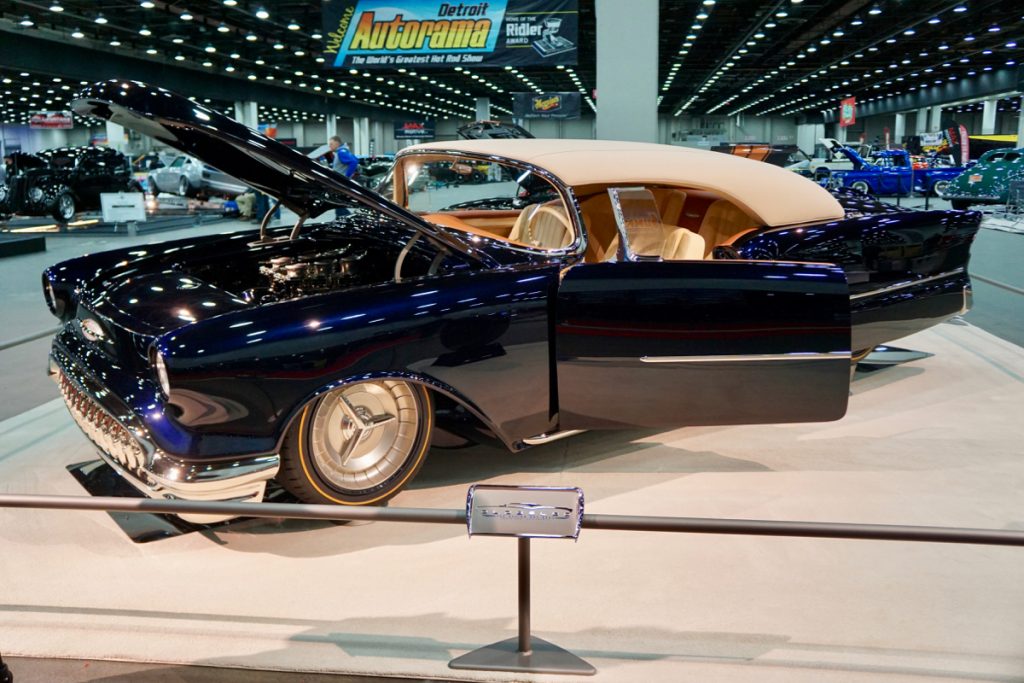 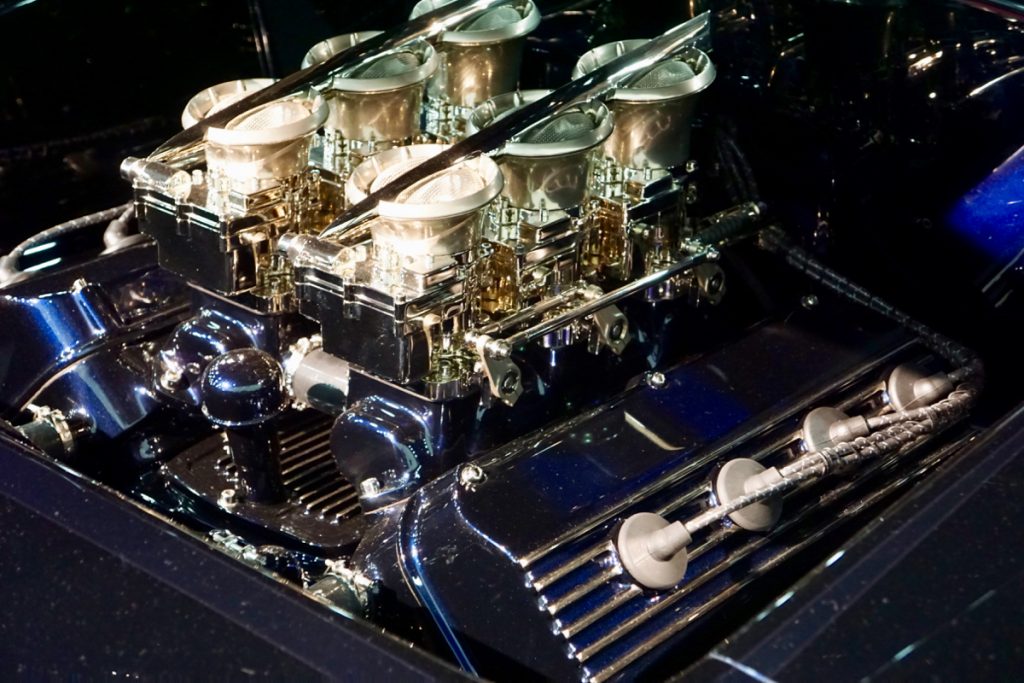 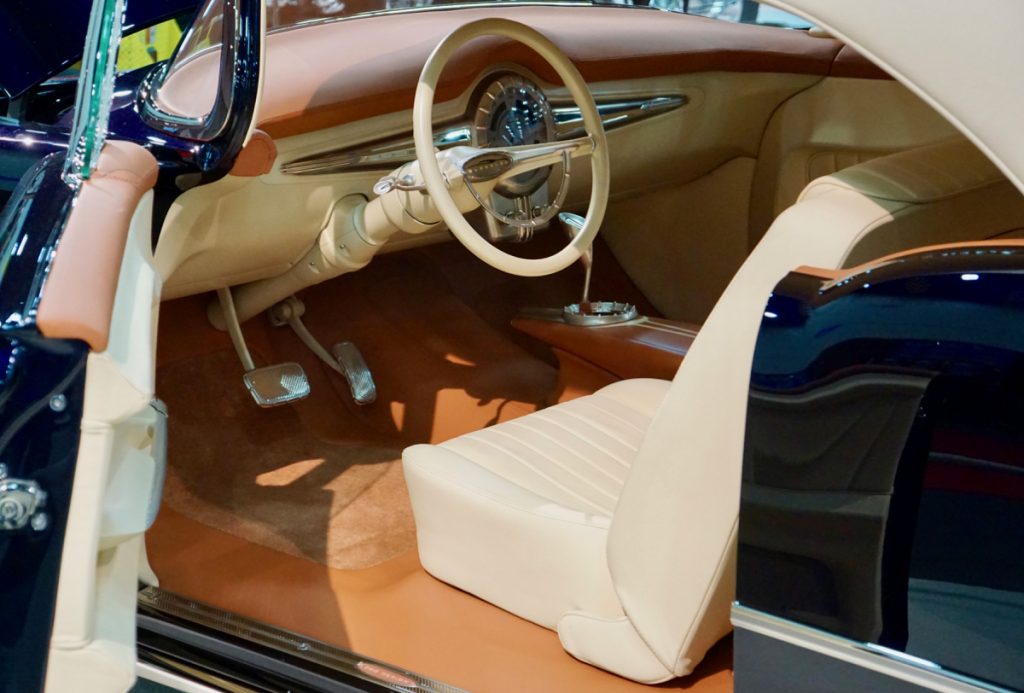 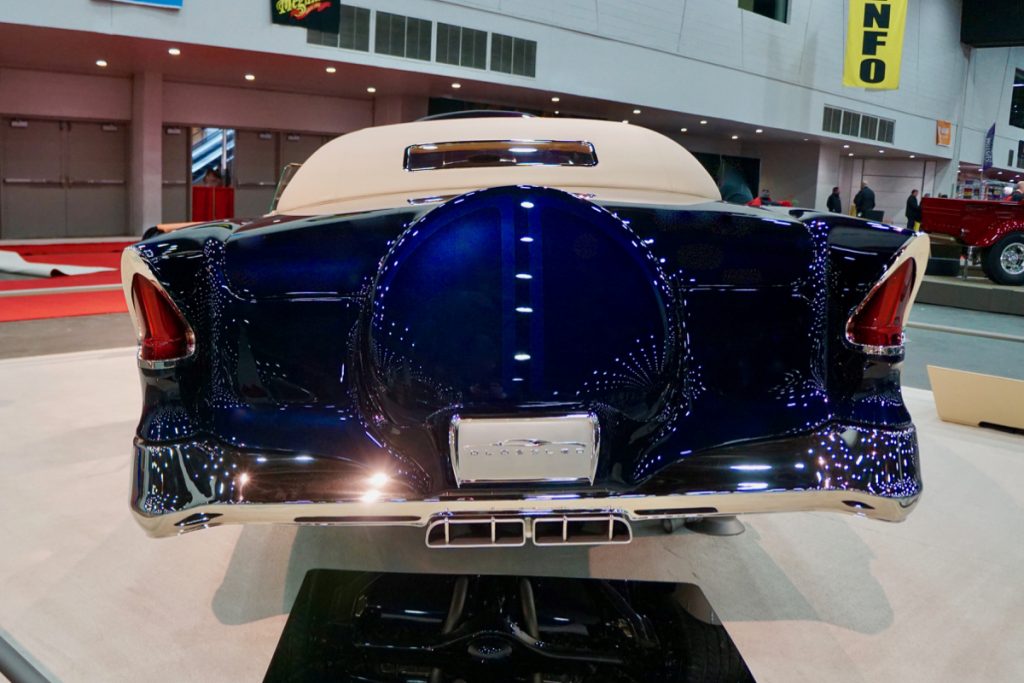 The second of the lanky Lead Sleds is the 1955 Cadillac Coupe de Ville “Sandman”. It’s not often that doors are added to a build, it’s usually the opposite. But for “Sandman” the desire to “open up” the car to showcase its elegance, necessitated the addition of suicide doors. Thanks to immaculate paint and bodywork, when the door are closed “Sandman” maintains the looks of the original 2 door.

Iconic Metal Works’ Kory Gray is the fabricator behind this build and Kal Koncepts’ Dion Giuliano gets the credit for the custom body and paint work. A short list of the many custom additions to “Sandman” include; custom chrome wheels, a hand fabricated aluminum grille and a ’55 Chevy roof that was married to the Cadillac.  A Pro Charged 598 cubic inch Chevy big-block sits between the rails. The “suitcase” in the truck camouflages dual fuel tanks. And an Art Morrison chassis with air ride keeps this Custom rolling in comfortably. It’s hard to imagine an even more elegant Coupe de Ville than the original ’55 but “Sandman” shows us there was room for improvement. 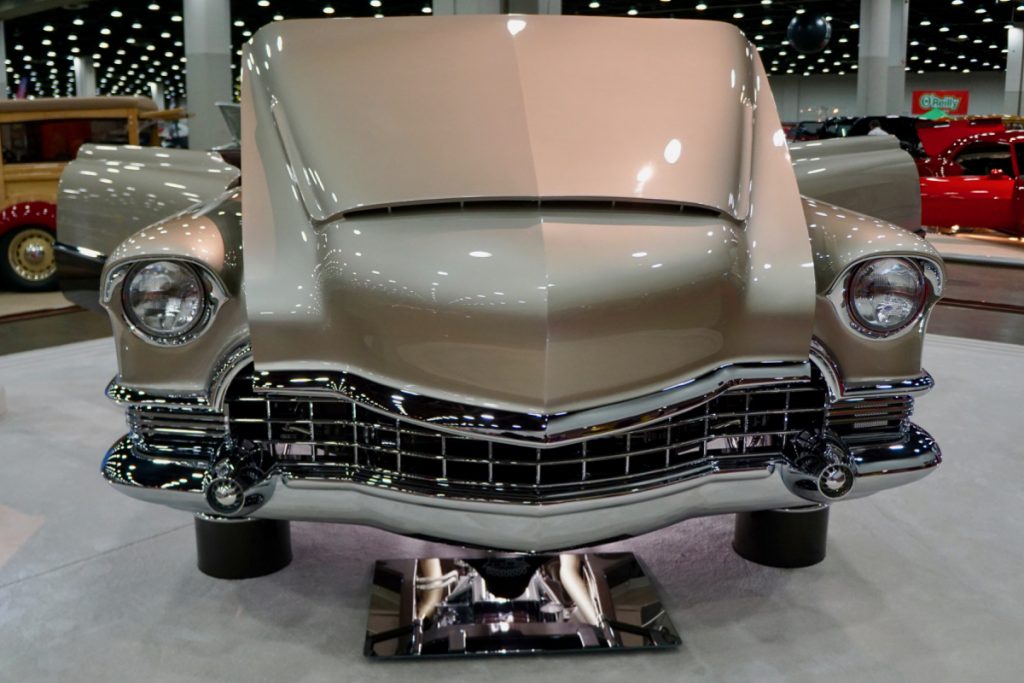 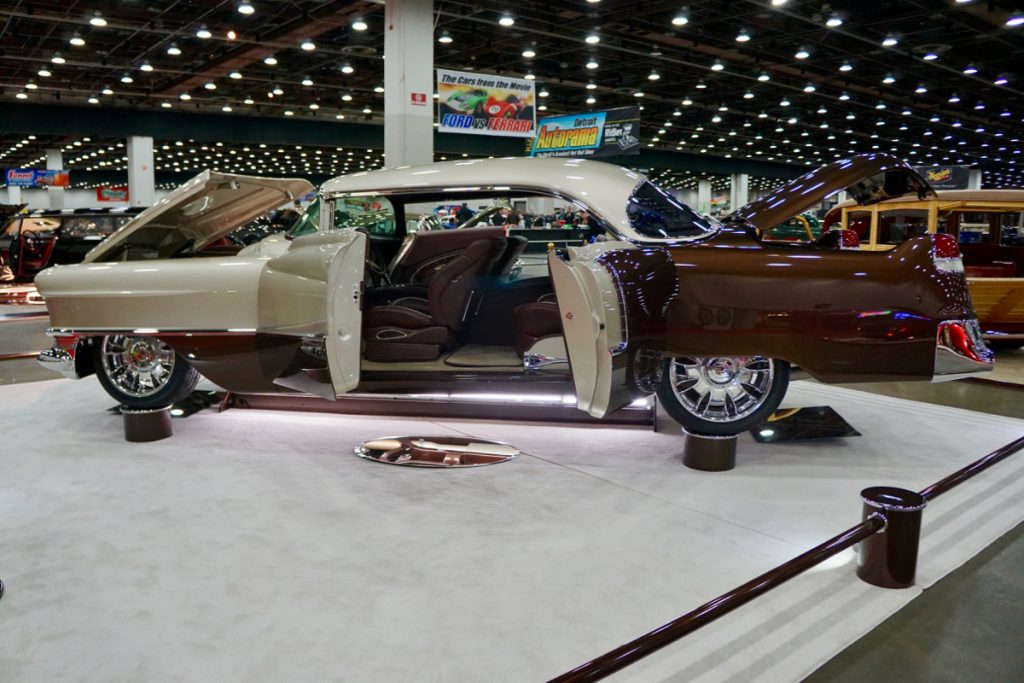 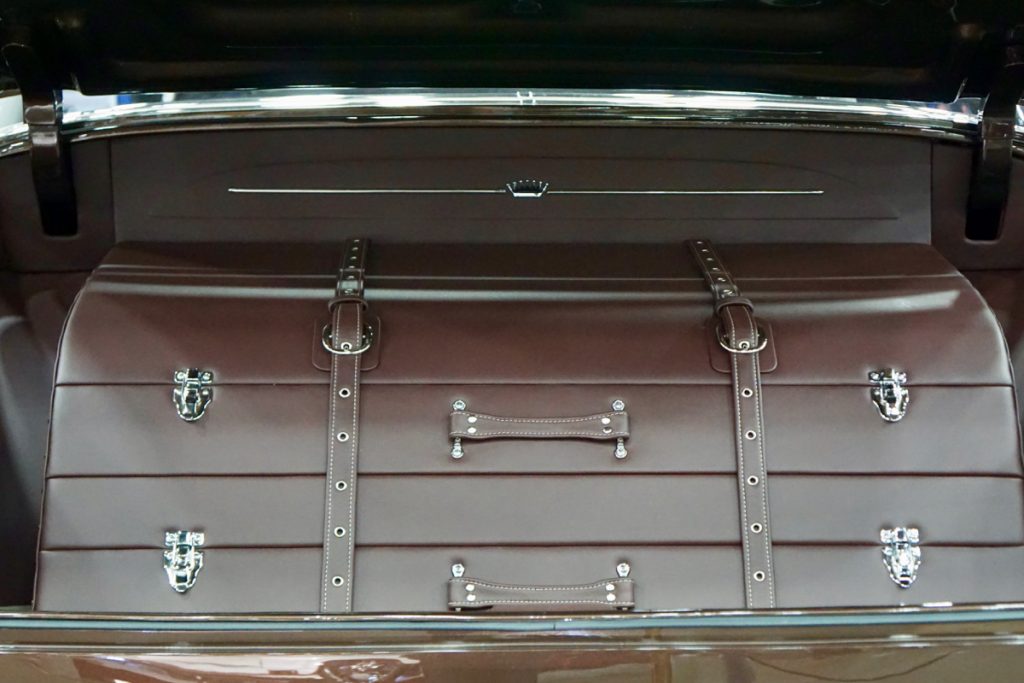 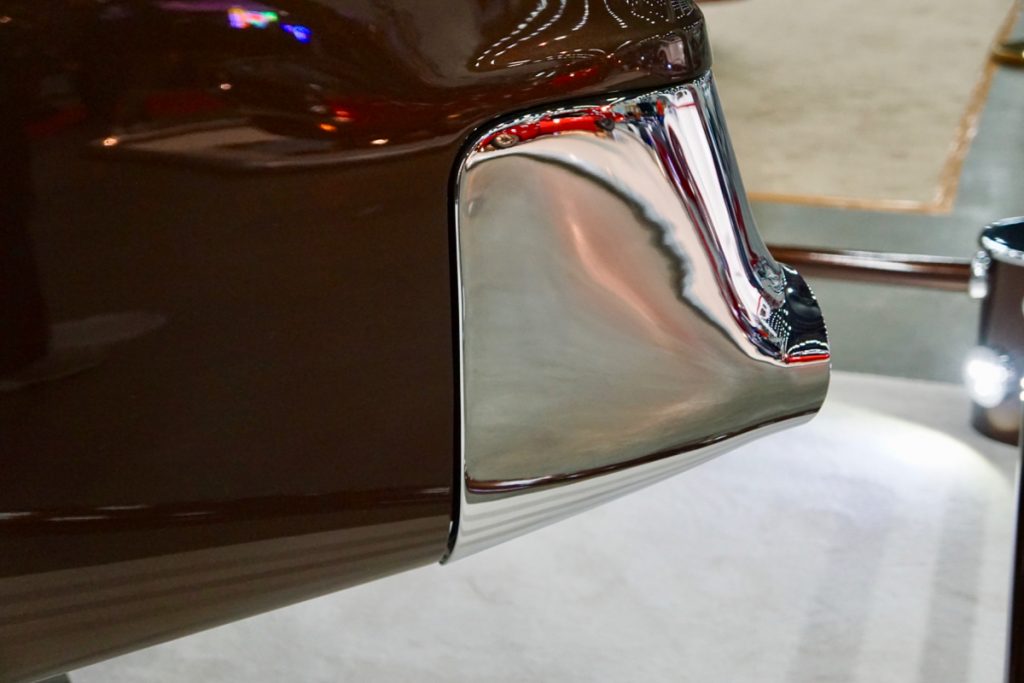 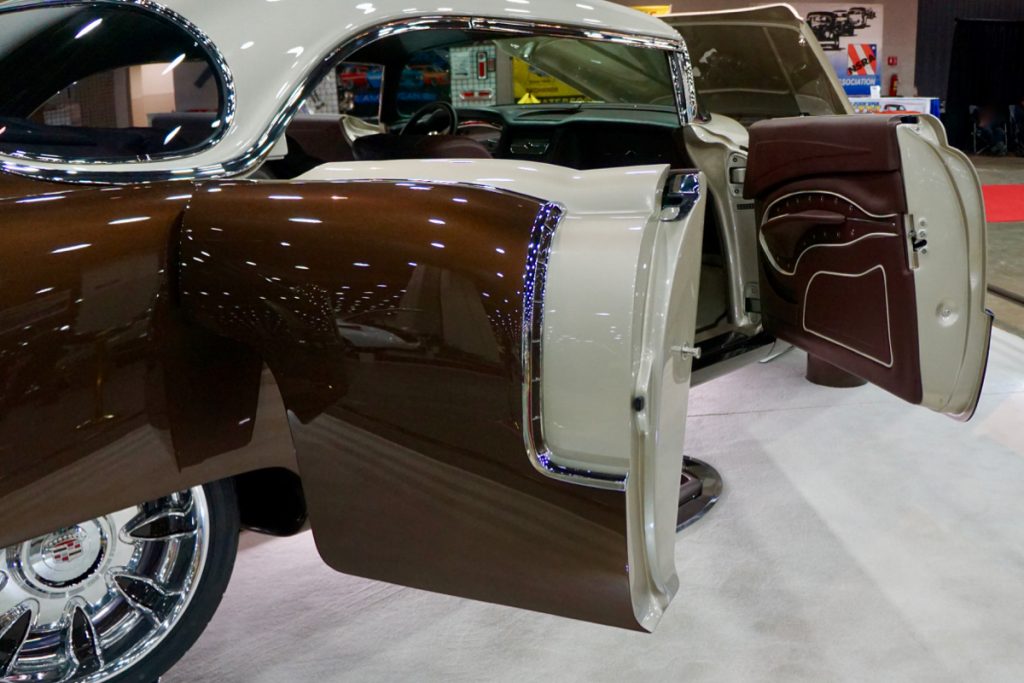 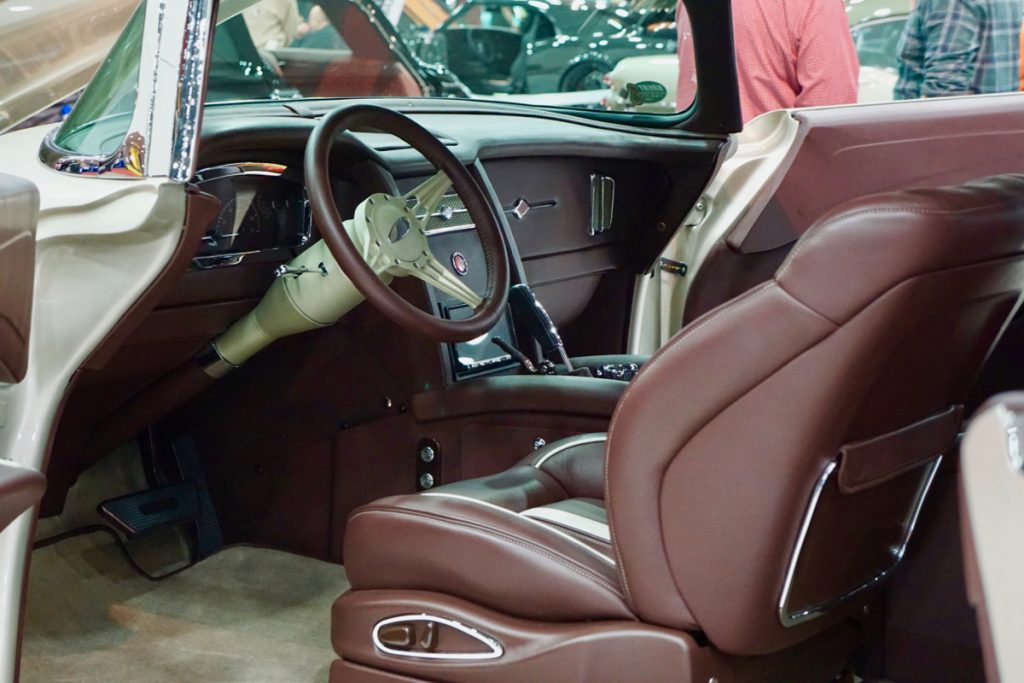 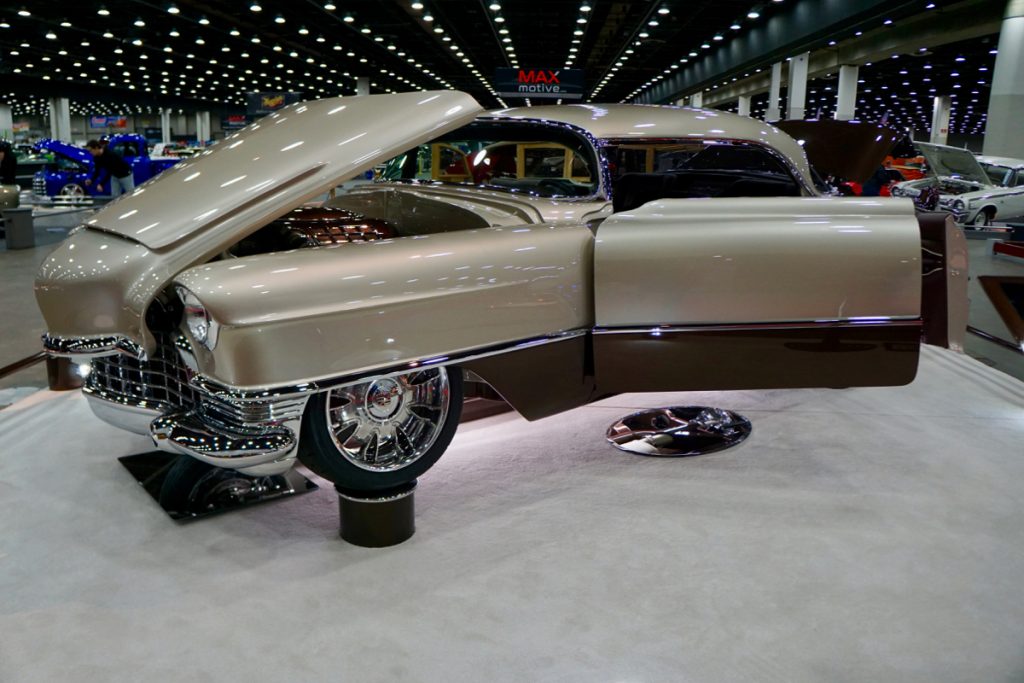 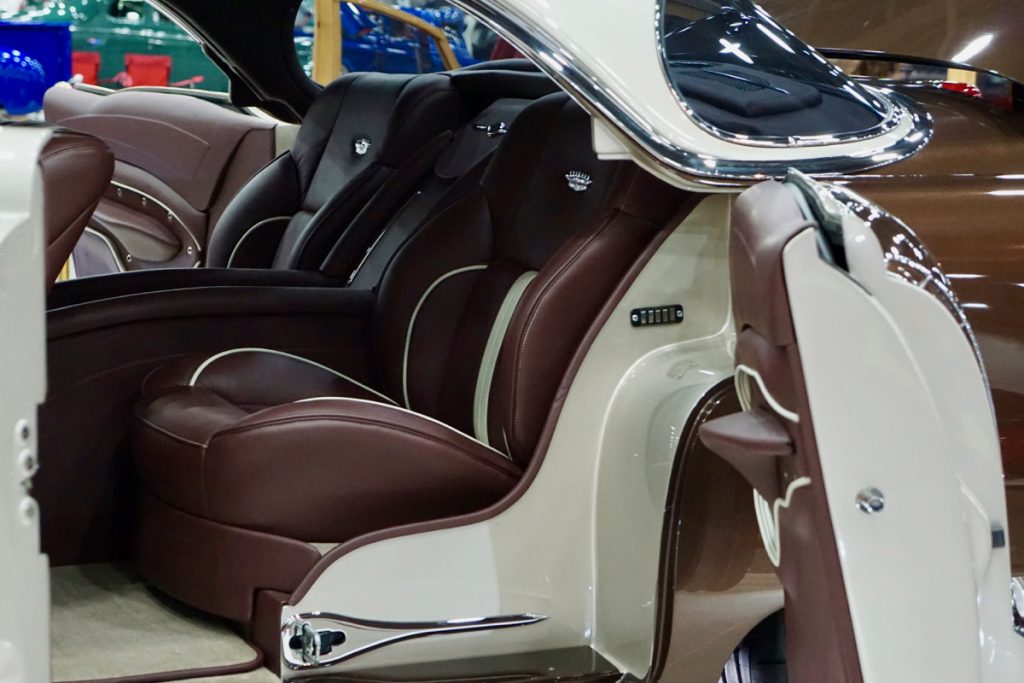 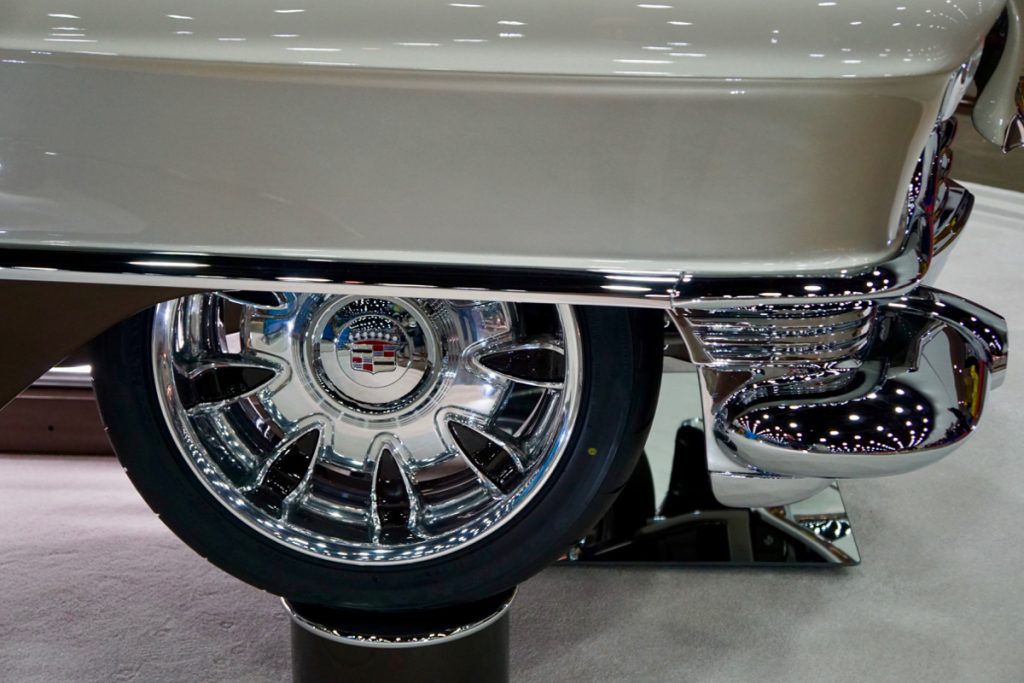 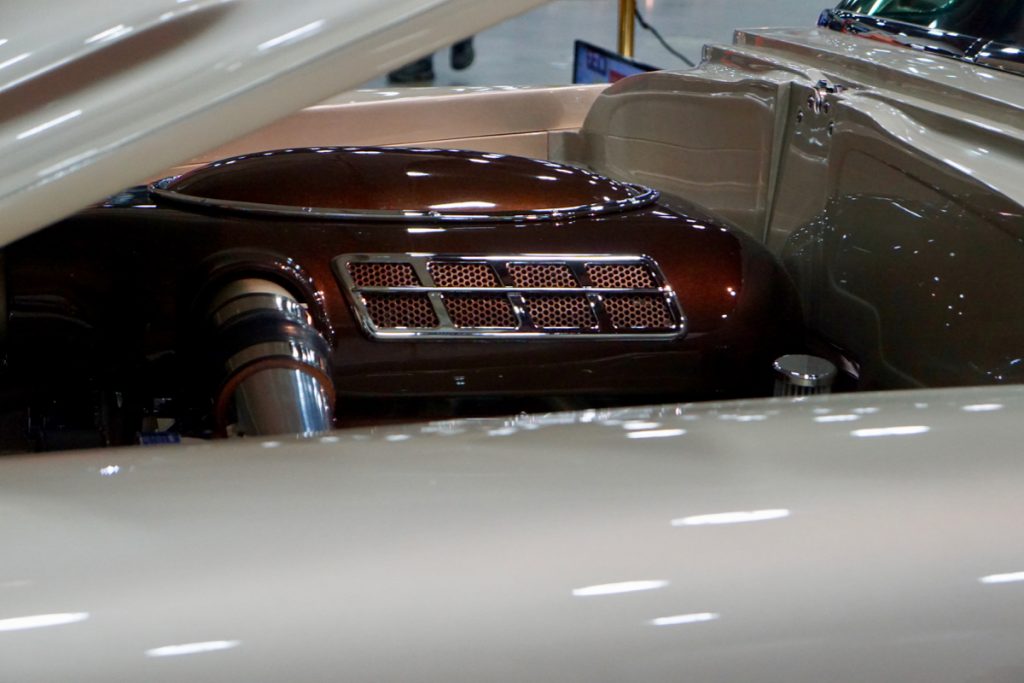 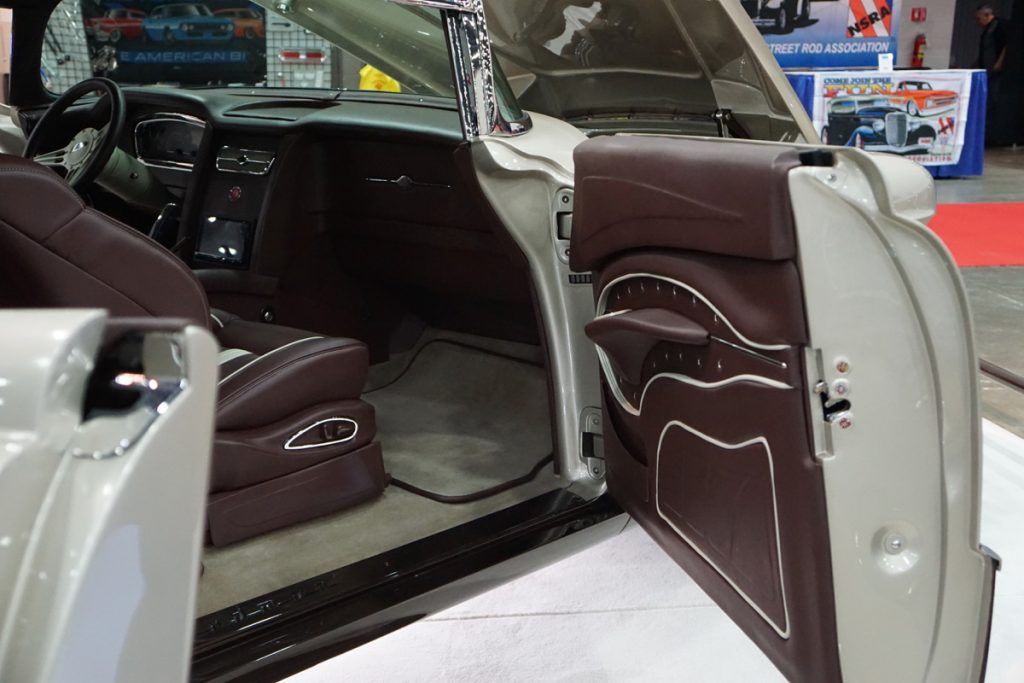 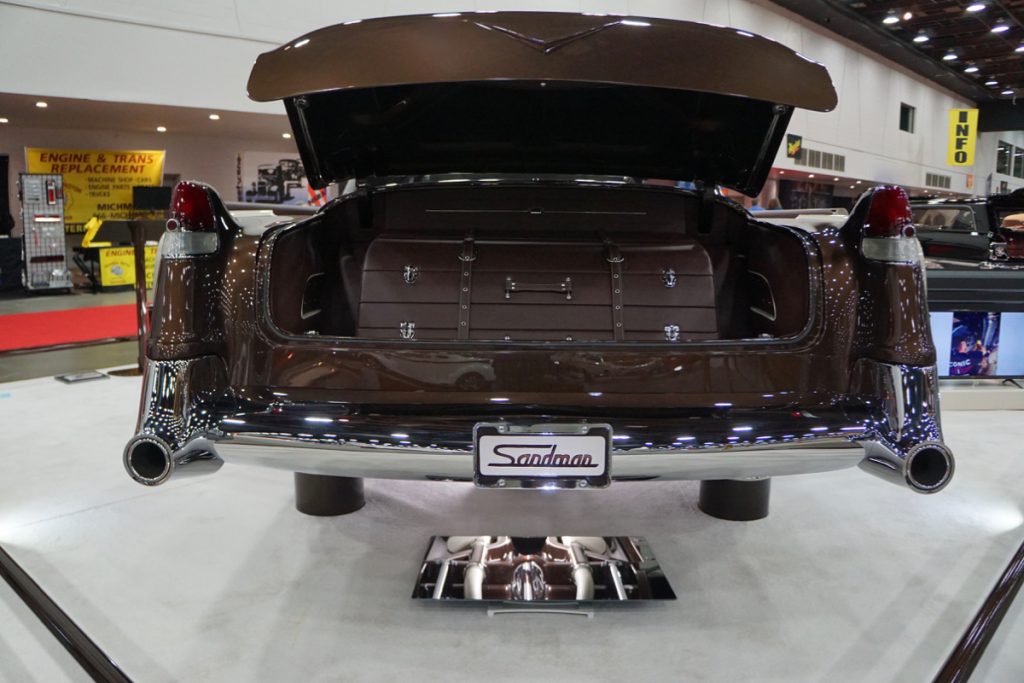 It’s not too far of a stretch to imagine these Lead Sleds slip sliding on down the road. And after Detroit, they can boogie down the highways and byways as 2 of the Greatest 8 out there.

Drop us a line and we’ll make sure your inbox will be the Coolest on the block!