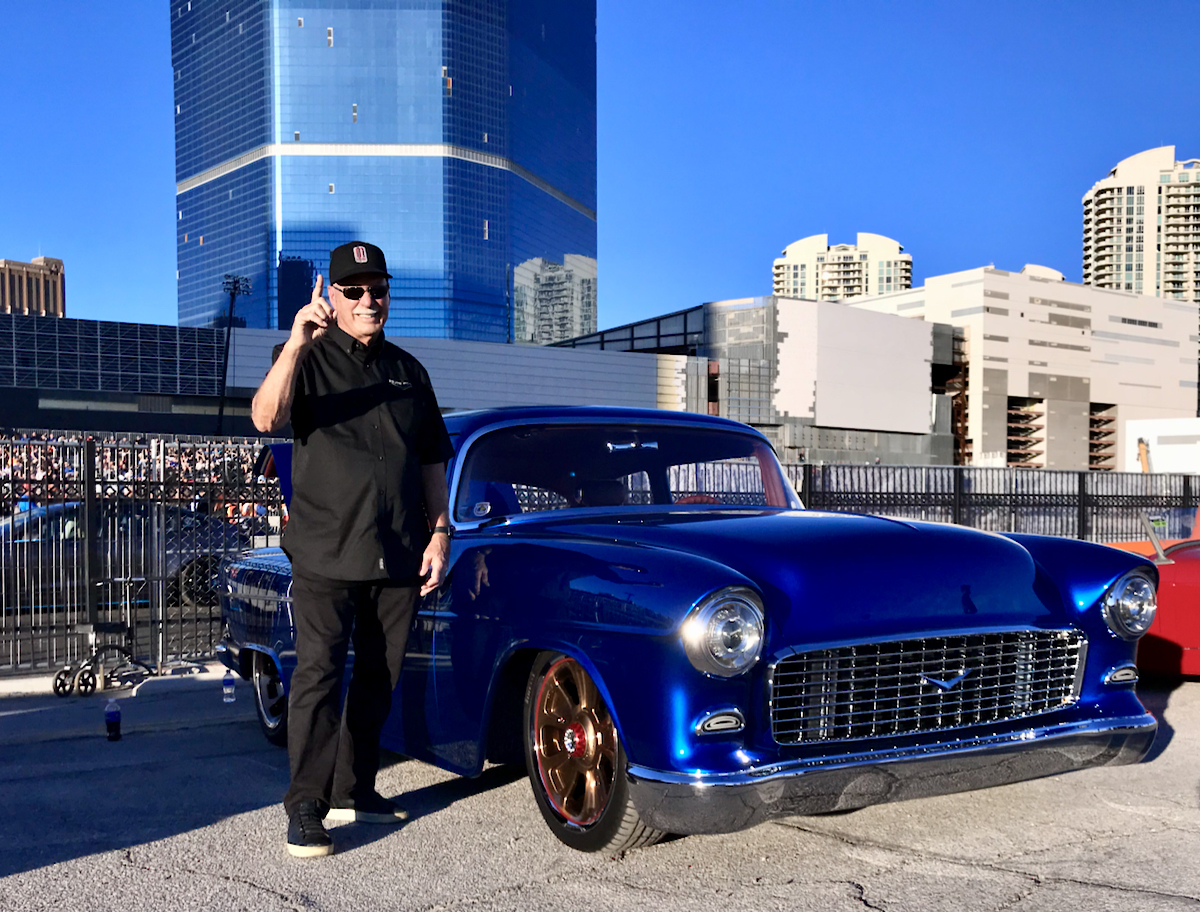 Believe it or not the 2021 SEMA Show is in the books. It went off without a hitch and in my humble opinion, it was a smashing success. Now we all know that the SEMA Show is the top dog, the premier automotive specialty products trade event in the world. However, 8 years ago the SEMA Show was elevated to even higher heights with the addition of the Battle of the Builders competition.

This exclusive and elite competition has become one of the premier platforms for Builders worldwide to showcase their work and ultimately compete for the coveted top honor. The builders represent an elite group. A group that this year started with 250 builds that were broken down into 4 categories with 3 eliminations that lead to  1 winner. For the 2021 SEMA Show, that winner was Robert Matranga in the Hot Rod class with his  1955 Chevy “Brute Force”.

The modifications to this Hot Rod with the soul of a Super Car are subtle but powerful. There is a mild 3/4 inch chop, the wheel openings have been resized, the handmade window trim is flush mounted and the custom hand formed bumpers round out the restyling. Nestled between the rails is an unassuming (wink wink) twin turbo 540 Merlin power plant capable of putting out 850hp. As Mr. Matranga stated,  “every part of ‘Brute Force’ has been scratch-built or heavily modified to reward viewers with a seemingly infinite number of details.” I say thank you sir for your vision, effort and the production of  such a stunning piece of rolling art.  Now cast an eye at this fine ’55 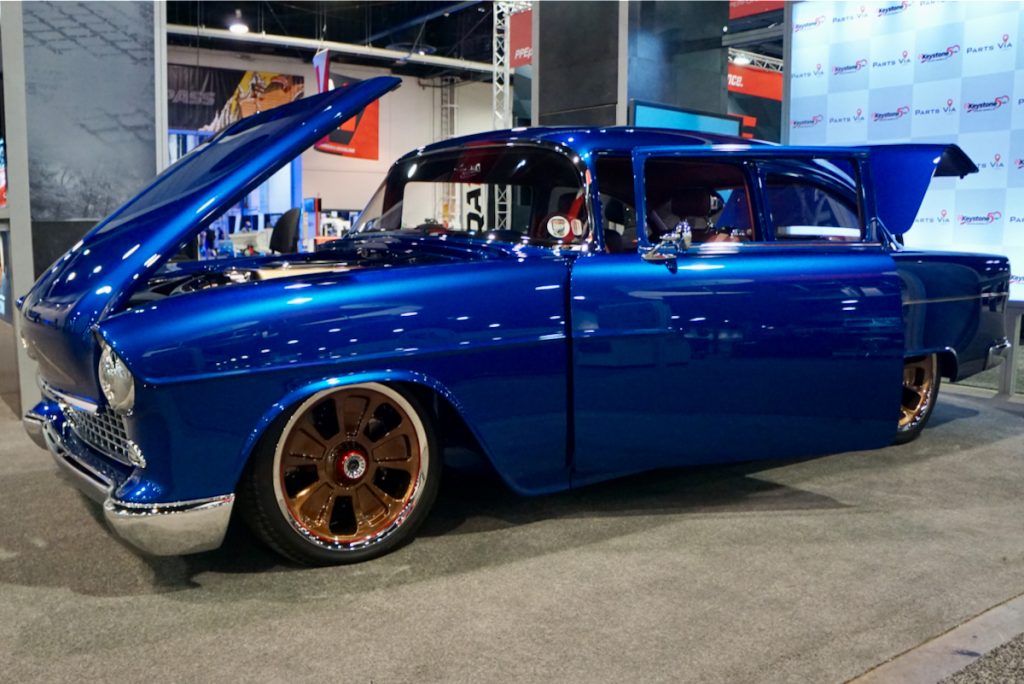 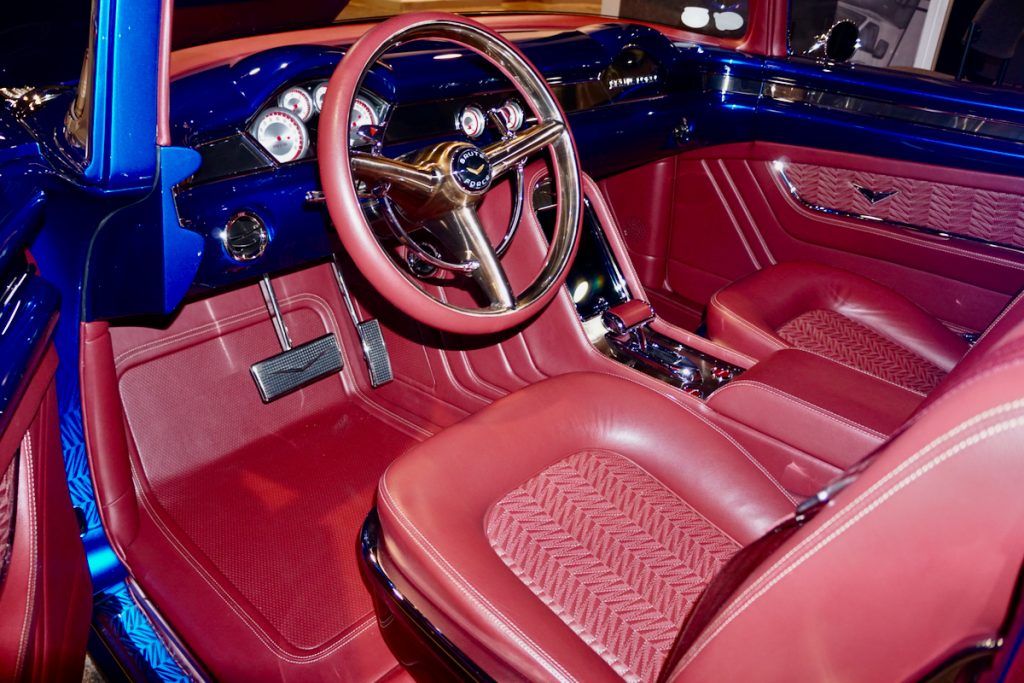 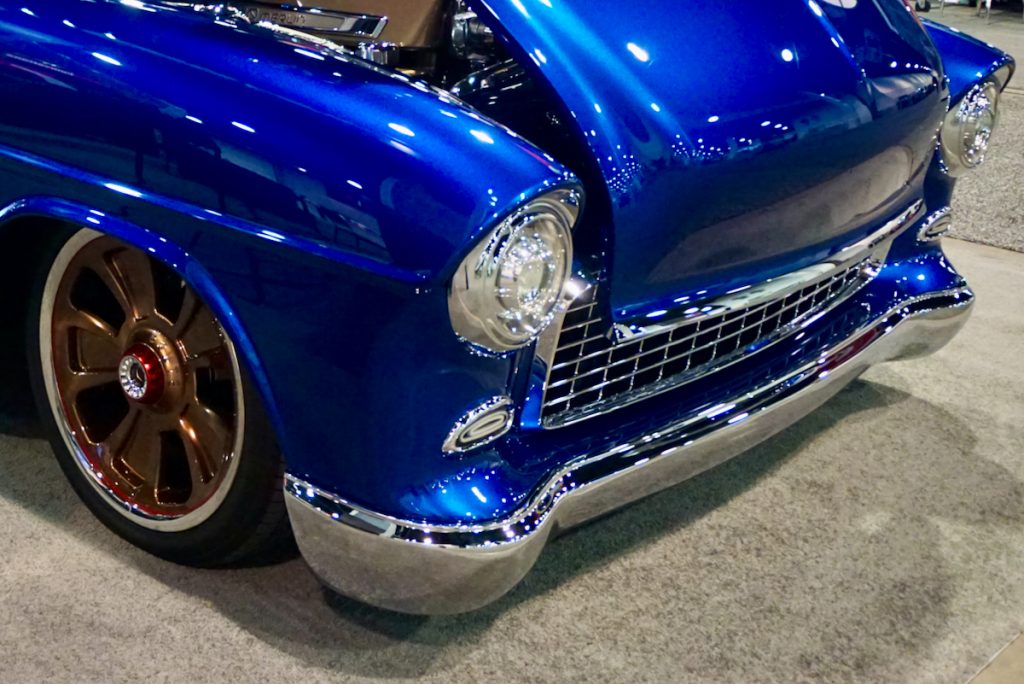 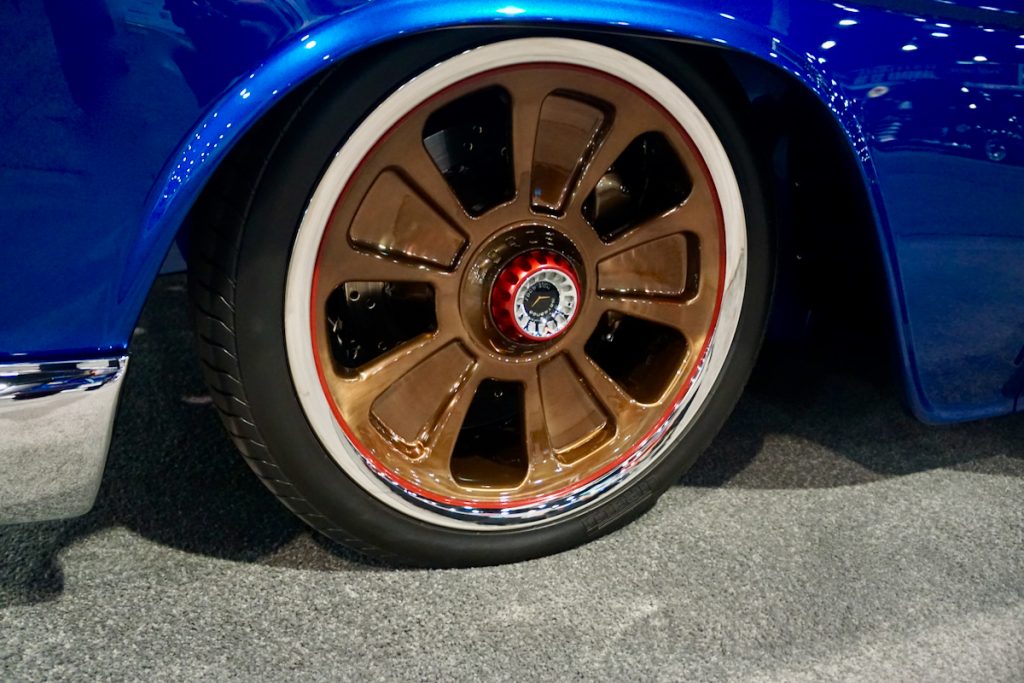 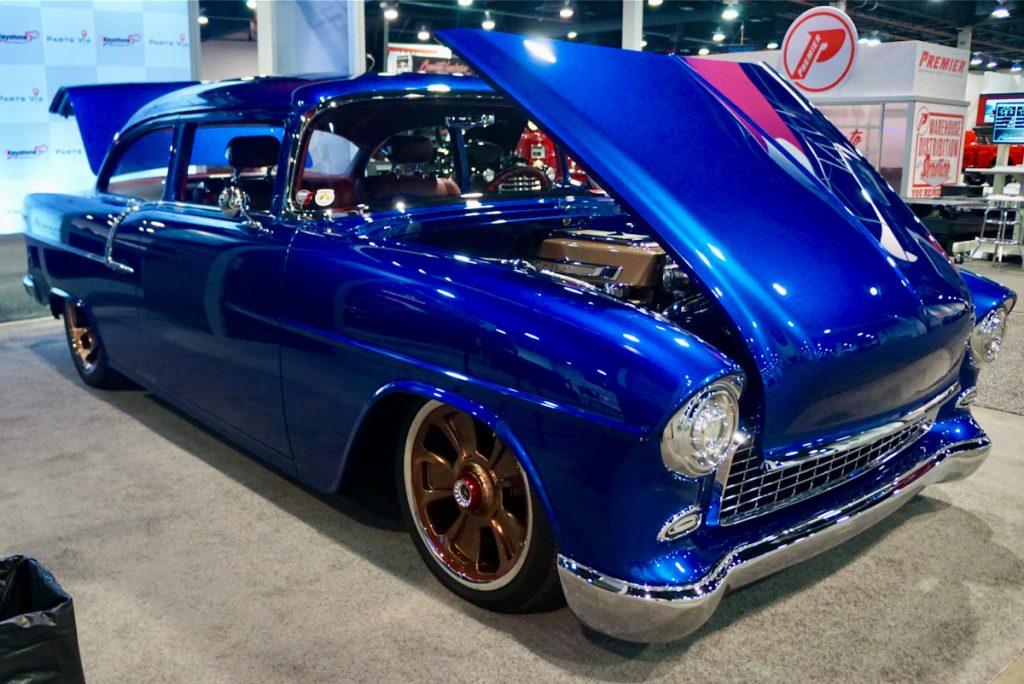 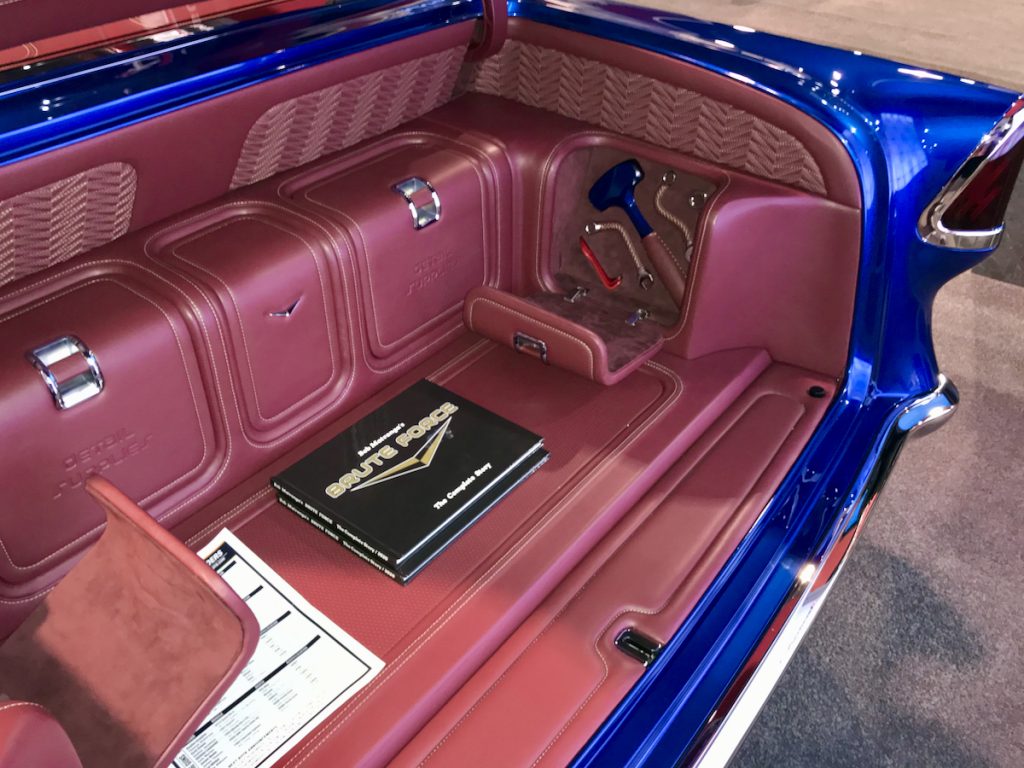 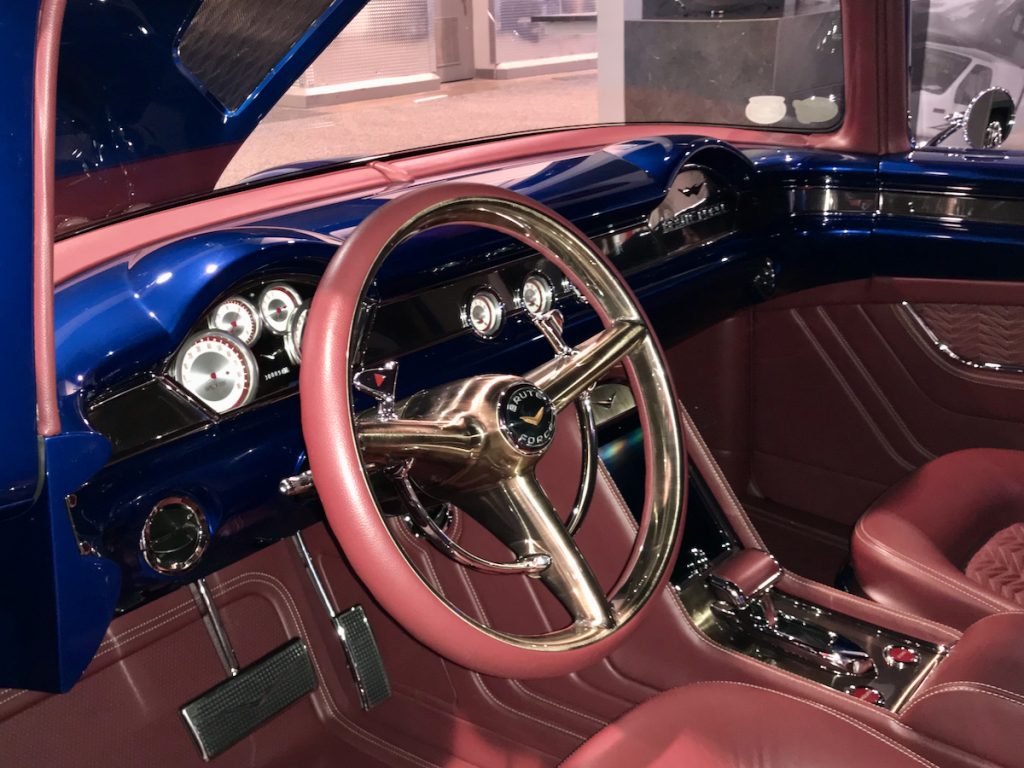 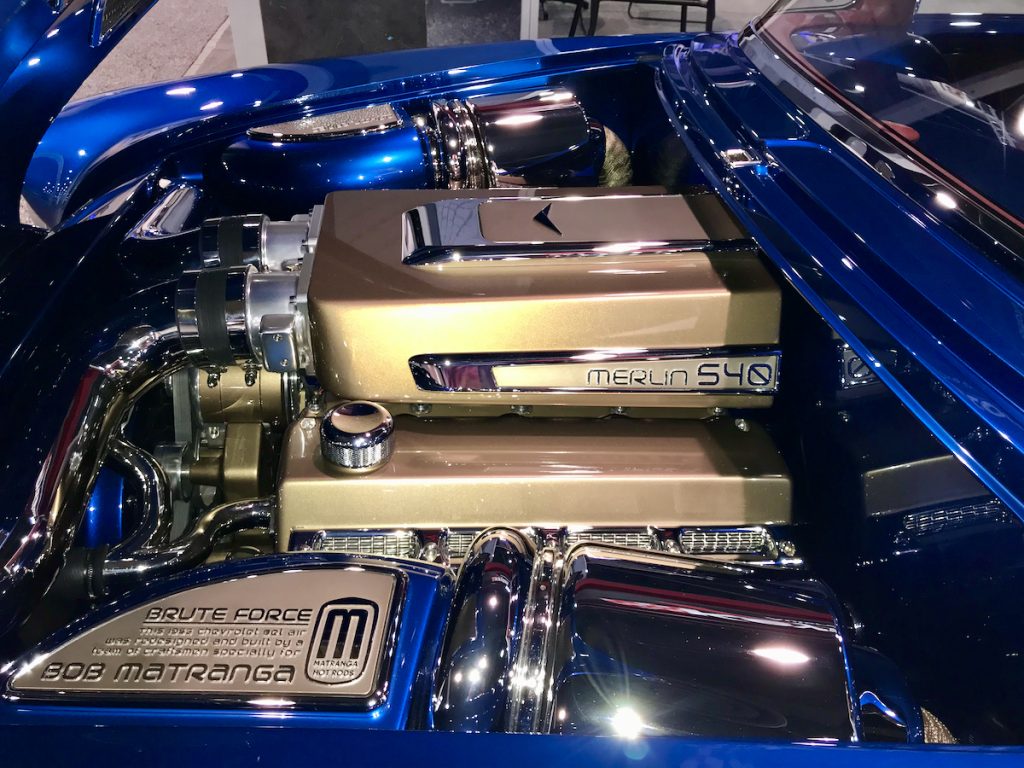 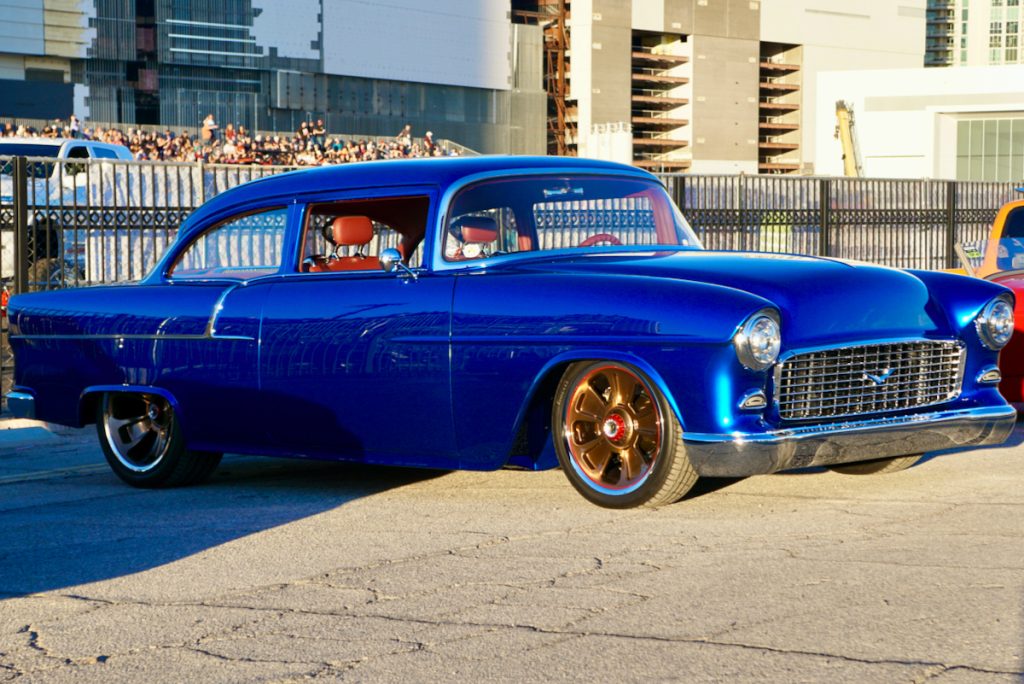 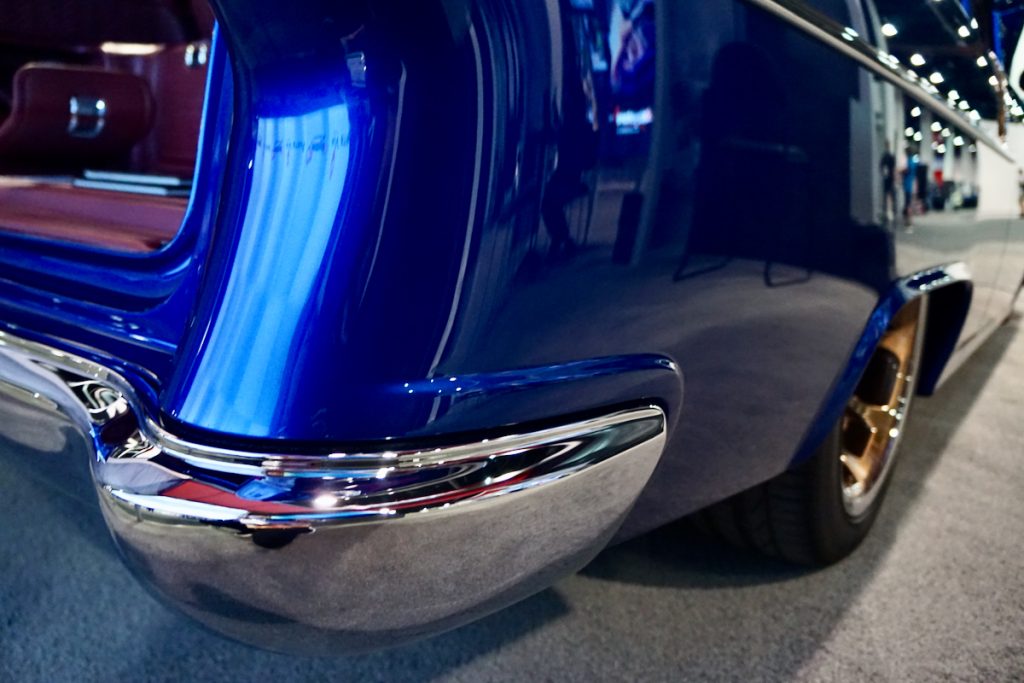 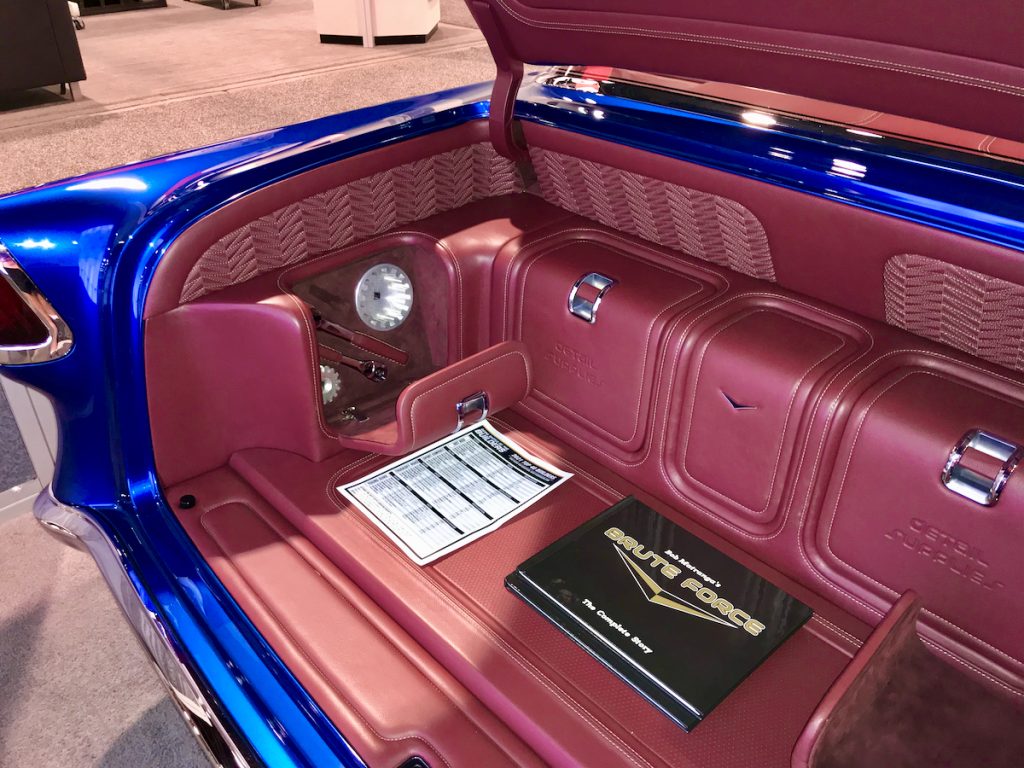 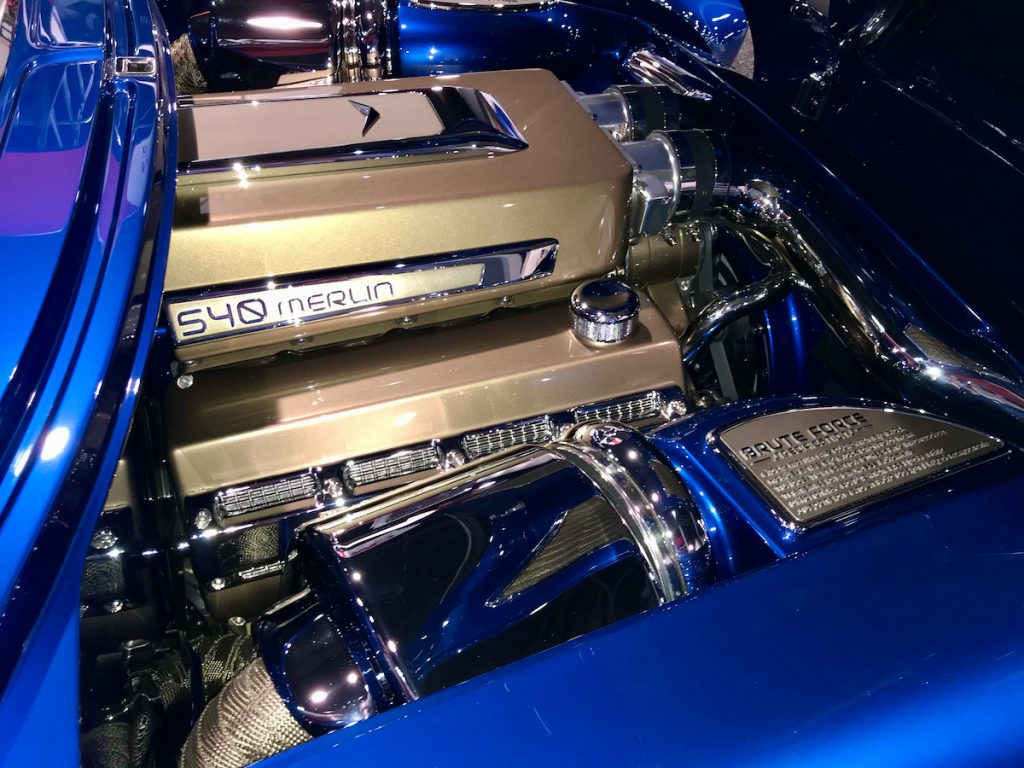 The winners from the 3 remaining categories are; Eddie Pettus in the Sport Compact Category with his 1961 Austin Healey Sprite. The shaved and streamlined Sprite rolls on a full custom chassis with custom details throughout. Everything from the rear tail pan, to the tilt front end, to the interior including a custom dash. Many Maita components round out this righteous little roadster. 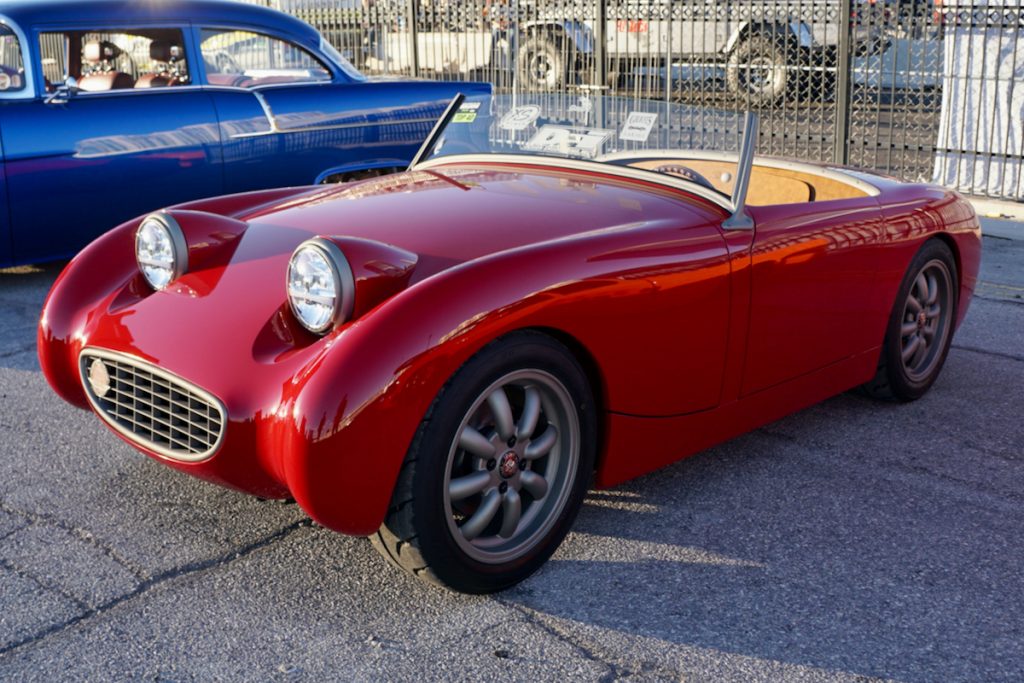 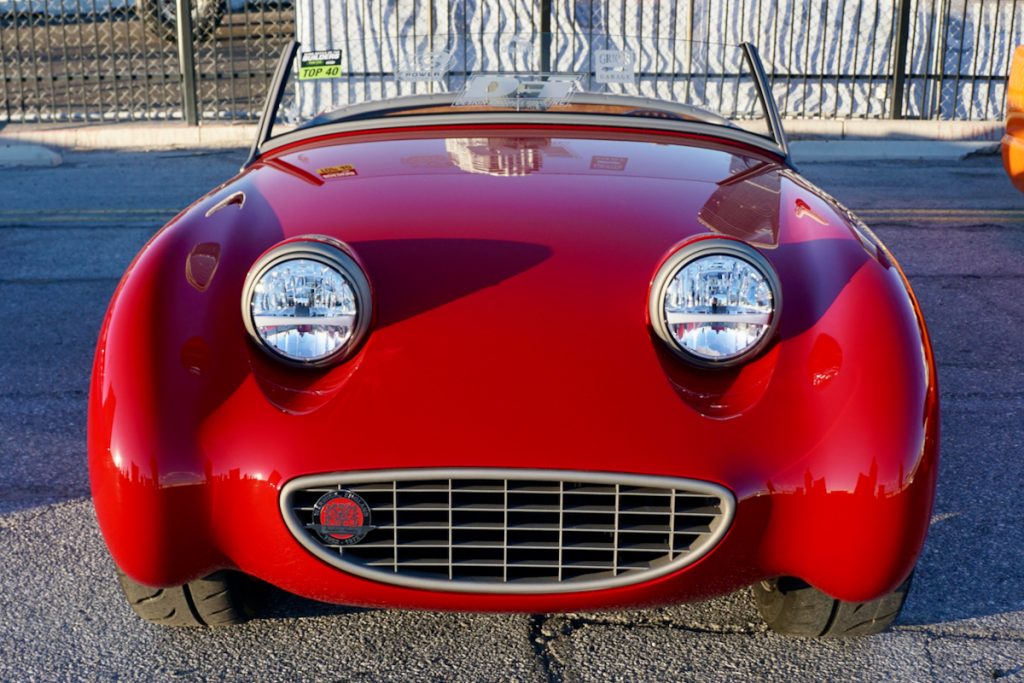 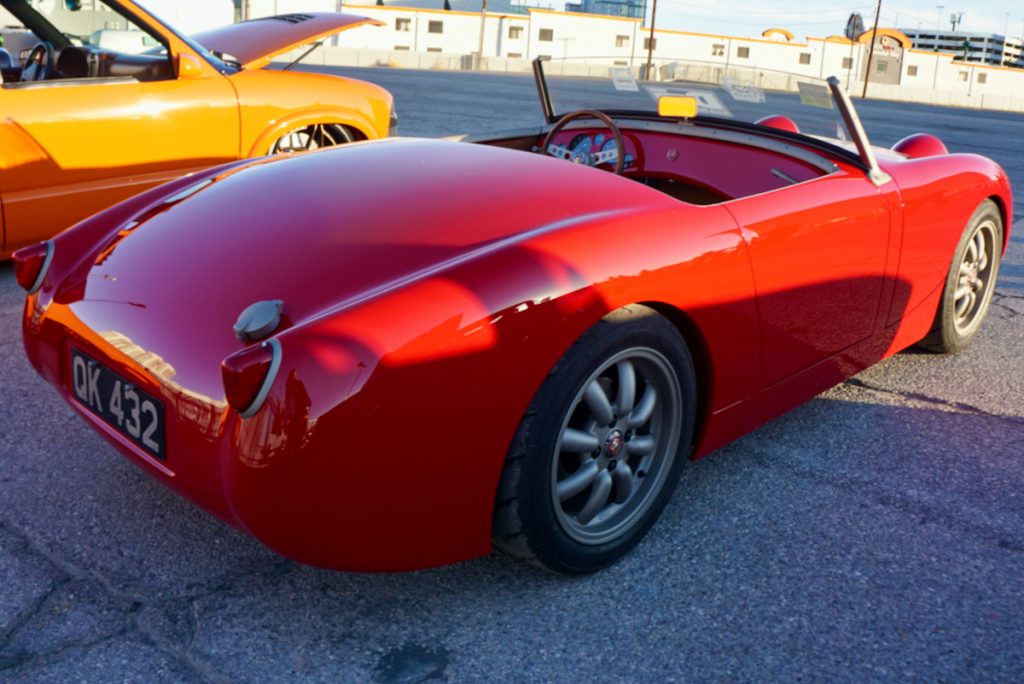 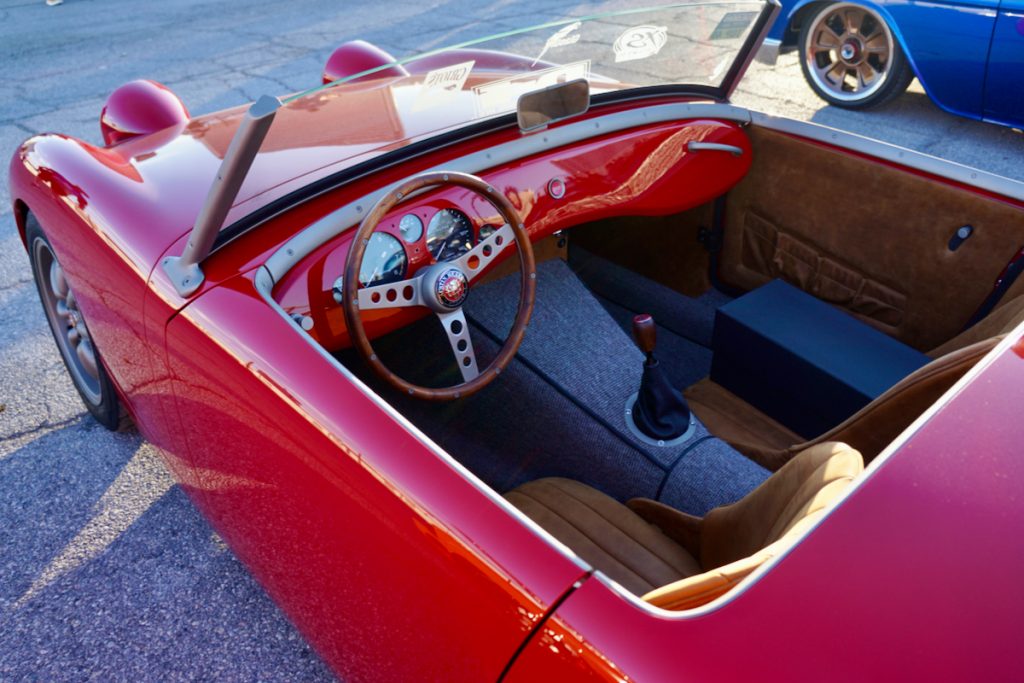 Bryan Thompson won the Truck/Off Road category with his “Serious Black” 1934 Ford Pickup. “Serious Black” is one serious ride. The all steel cab has been chopped, stretched and channeled. This fine Ford moves out with a 1949 Flathead 8BA with 3 97 Strombergs. Thompson said that “nearly every piece was custom built or modified”, one look at the seriously stout truck and you can see this man speaks the truth! 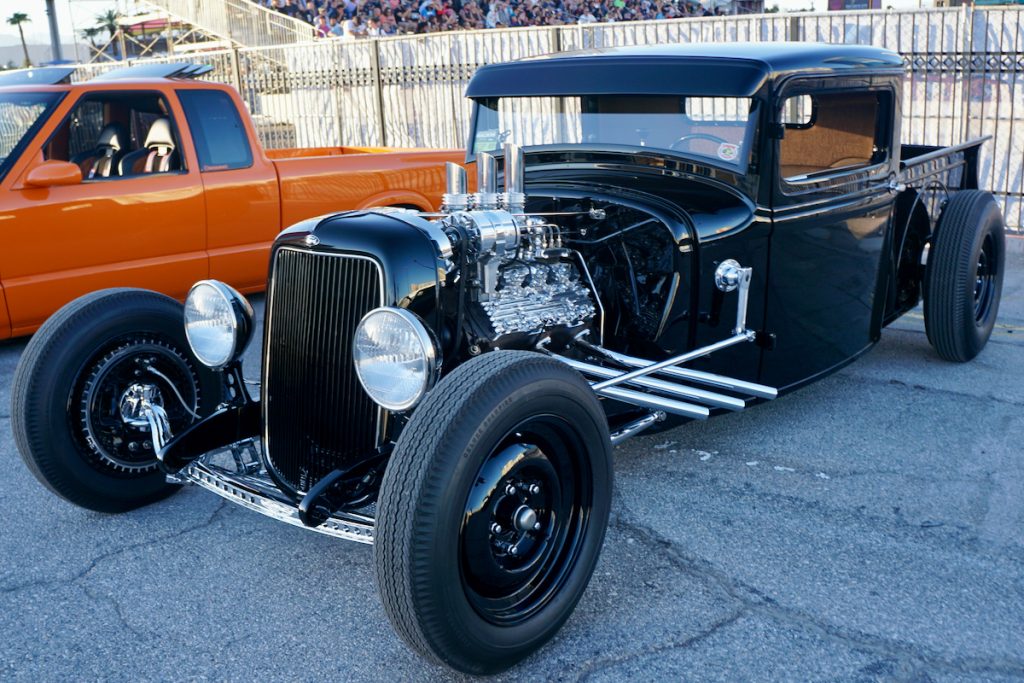 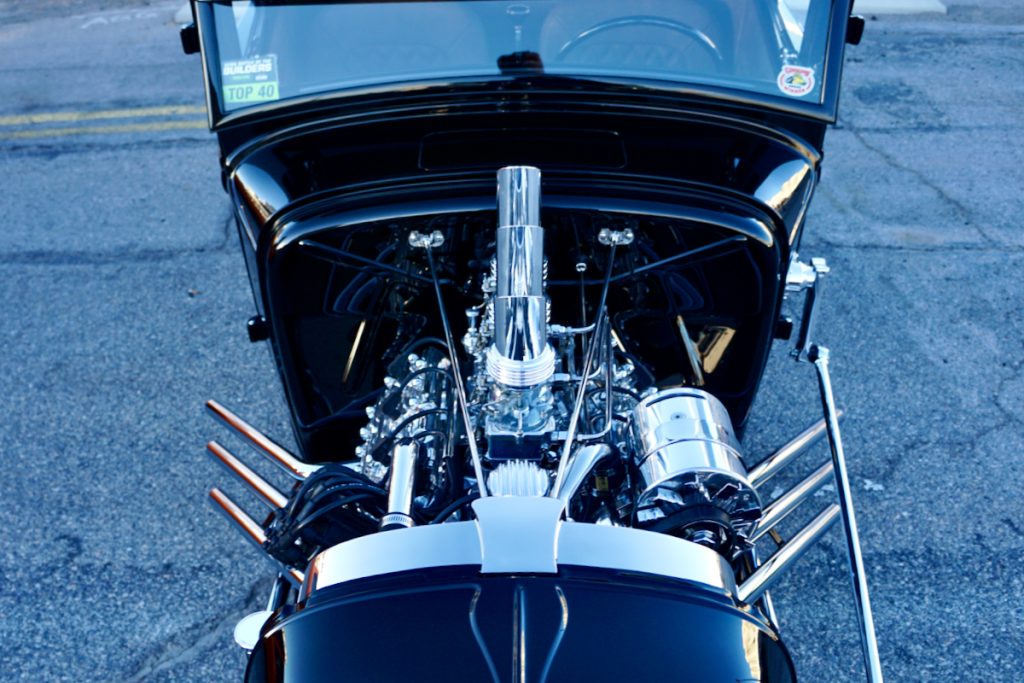 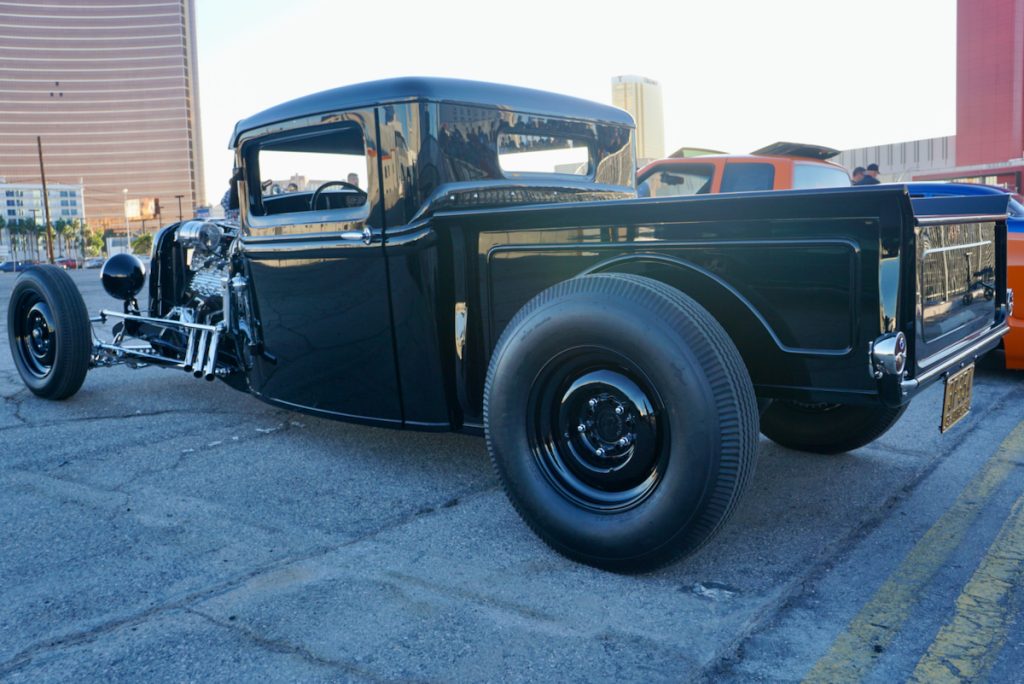 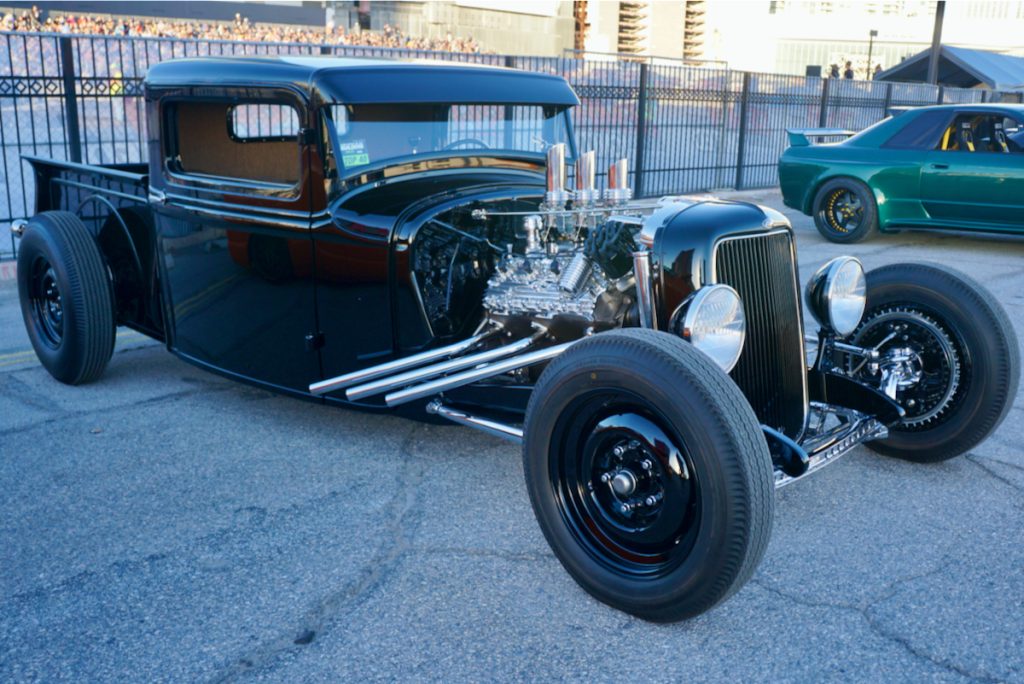 The winner for the Young Gun (27 and under) Category was Dayton Jacobson with his 2000 Chevy S10. This whipper snapper did all the work on this outrageous orange pickup himself. Just a short list of his upgrades include a turbo charged 1000 hp 5.3L aluminum block. Carbon Fiber throughout and a panoramic glass sunroof. This lad has skills and the sky is the limit for him. 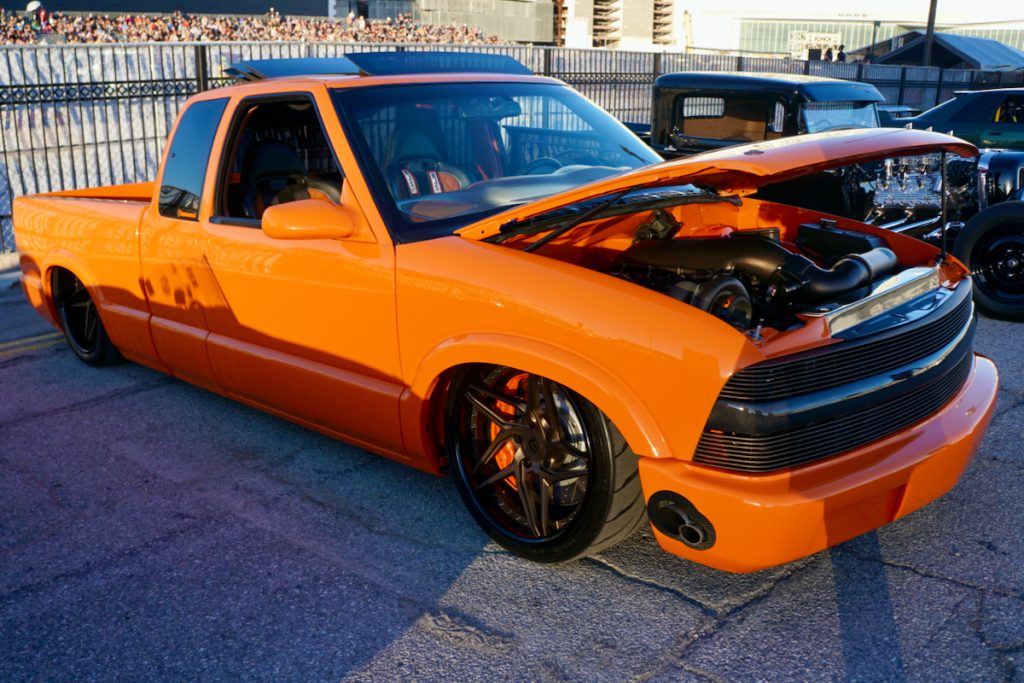 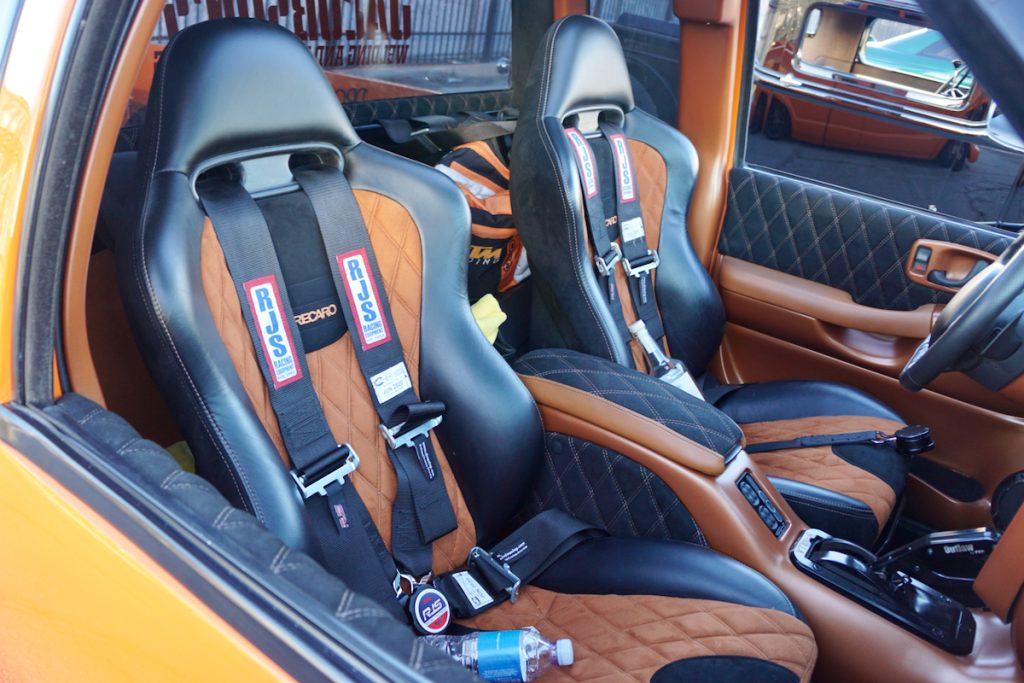 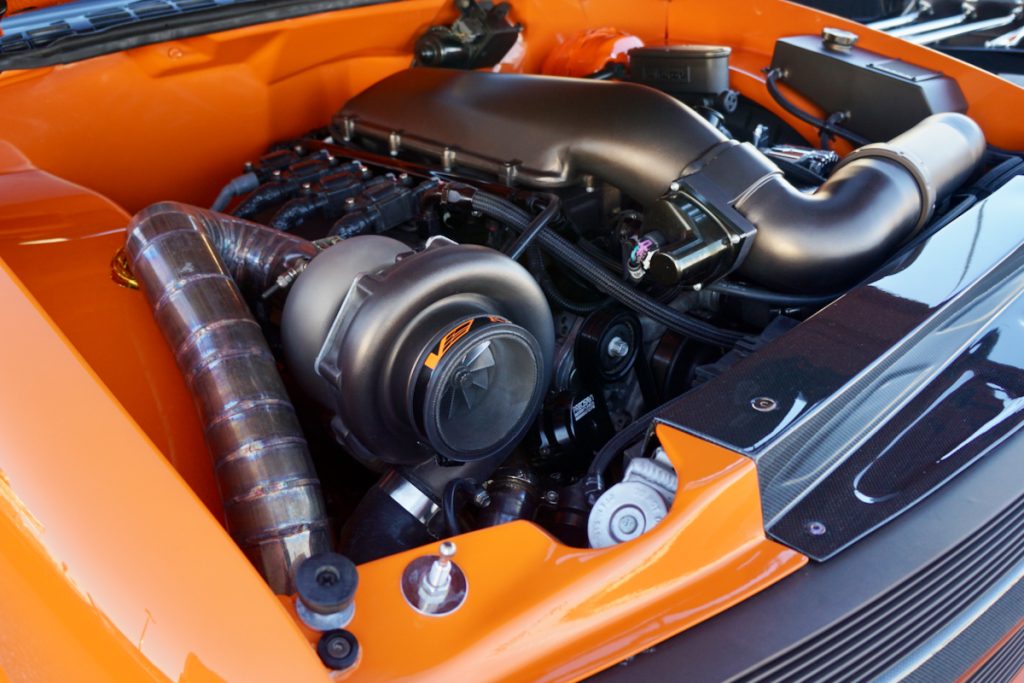 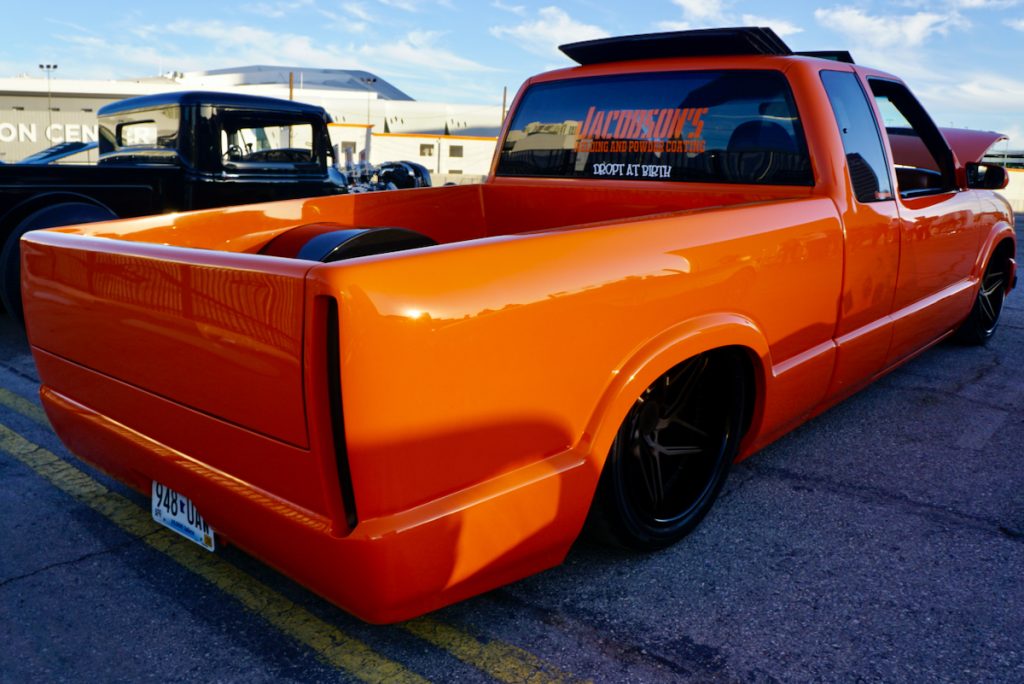 If this blue beauty looks familiar it’s because it has made an appearance on the Ridler Great 8 finalists list. Check out our coverage from the first time we laid eyes on this beautiful Bel Air.

For more information on the SEMA Show, head over to their website.

Don’t forget that full frame off restoration we are working on. Y’all ain’t gonna believe your eyes when you see what we’re up to.

Till the next time – Keep on Kruzin